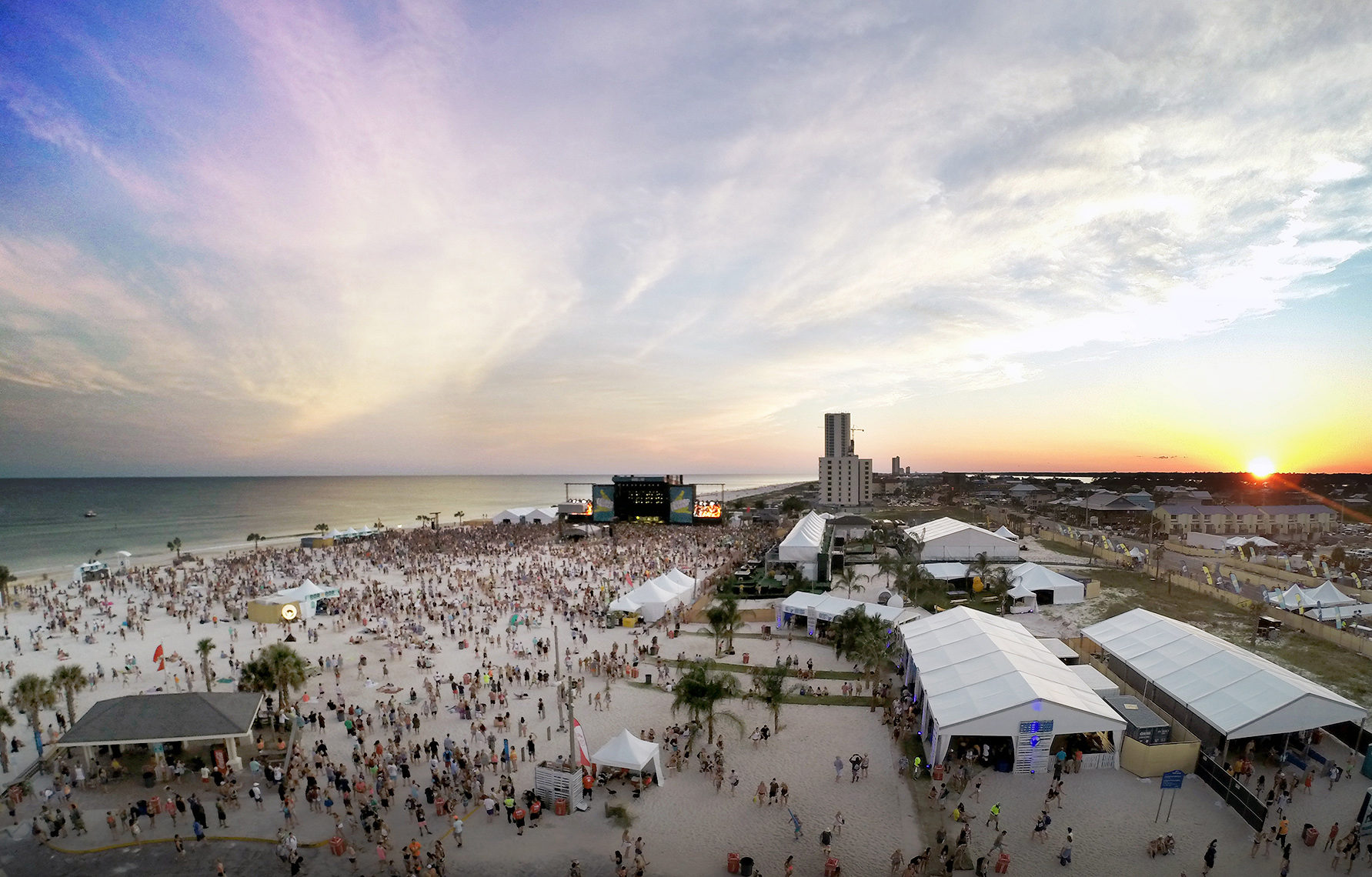 By Fran Thompson
During a powerpoint presentation that preceeded a gathering he organized to vent community concerns, Hangout Fest founder Shaul Zislin said putting together the fest was a 12 month job and the festival staff was in constant communication with officials in all the appropriate City of Gulf Shores departments.
Hangout representative Reeves Price, whose title is VP of Operations for AEG Presents Gulf Coast/Winter Circle Productions, reiterated that point and added specifically that he was unaware of any communication problems associated with anybody representing the City of Gulf Shores.
But just three days before that meeting, Gulf Shores Mayor Robert Craft passionately took issue with the Hangout Fest releasing its schedule before securing an occupational permit.
“We’re not happy with the way things have been going and things have got to change. You’ve got to fix it,’’ Mayor Craft said at the city council meeting immediately prior to Zislin’s gathering of mostly festival supporters.
“We’ve told him in writing that we will not approve a permit until he satisfies us that he’s made significant progress toward controlling the noise and vulgarity permeating outside the festival site and into residential areas. The negative impacts to the area are overnight parking and parking on the street,’’ Craft added.
The City also wanted the fest to address the loss of 4.28 acres of ground space, which it did.
“We’ve had a lot of discussions. Does that deserve to be here? We’ve had a lot of negatives comments after the last festival that were specific to certain things,’’ Craft said.
“Parking overnight and using the restrooms and bathrooms in the yards in all the different residential areas down there. The noise permeating the community.
“We’ve told him if he can’t fix that it can’t happen. He thinks he can and we’ll be hearing from that later on. But when you see the presentation (of the 2020 festival lineup) tomorrow know that he doesn’t have a permit.
“We have told him if he can solve these things, he’s got 2020. He won’t get anything beyond that if it doesn’t work.’’
Mayor Craft added in a later interview that any money the fest spends before securing a city occupancy permit in the remaining five years of its contract will be at its own risk.
Of course, the Hangout Fest eventually presented a plan that the city approved. That was always going to happen. But the fact that Price said he was not aware of any issues Gulf Shores had with the festival three days after the city’s mayor said in a public forum that the city most definitely had issues is perplexing.