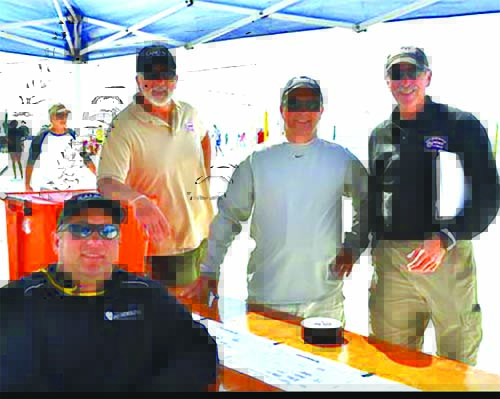 480 teams on 50 courts for Beach Bash ‘21 National Qualifier
By Fran Thompson
The final count (we think) has been tallied. Including some of the best U-18 and U-16 players in the country, there will be 480 junior beach volleyball teams playing in a May 7-9 tourney just west of the concurrent NCAA Championship. The USAV Gulf Coast Region Beach Beach Bash is the largest national qualifier in the nation, according to Shawn Weaver, Gulf Coas Region Director.
Weaver said around 20 players in the U-16 division have already committed to college programs. Many more than that playing U-18 plan to play beach in college.
Louisiana will be highly represented and is already a recruiting hotbed for its Division 1 college teams. In addition to powerhouse LSU, the state boasts sand volleyball programs at emerging Tulane, Louisiana Monroe and UNO. Spring Hill College in Mobile also draws from Louisiana’s solid junior programs.
At 480 teams, the tourney is at its brim. But it is certain that the City of Gulf Shores and Gulf CoastVolleyball will work together, as they do every year.
“People tell us all the time how well this tourney is run. The same with the National Championship,’’ Weaver said.
Pictured: (l to r) Coaches Shawn Weaver, Billy Eubanks & Phillip Bryant have helped spur volleyball’s incredible grow in South Baldwin County for 30 years.