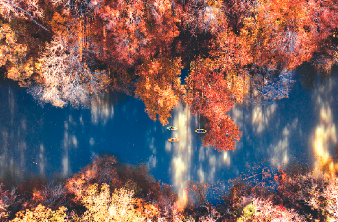 The longest paddle race in the United States is coming to Alabama this fall and will end in Fort Morgan. The Great Alabama 650 is scheduled to begin September 14 at Weiss Lake in northeast Alabama. Registration is currently open to the public. The race will take place on the 650-mile core section of the Alabama Scenic River Trail and it is attracting elite paddle athletes from across the country.
A variety of water conditions along the trail, from whitewater rapids to tidewater currents, will challenge the participants. Racers will have up to 10 days to complete the course and vie for $20,000 in prize money divided across three divisions – male solo, female solo, and two-person team.
“Many of the world’s toughest paddlers will get a chance to experience the beauty and challenge of our Alabama waterways during the Great Alabama 650. We are excited to put on the longest paddle race in the country,” said Race Director, Greg Wingo.
The race will begin Sept. 14 at Weiss Lake in Cherokee County and will include a kickoff event for paddlers and spectators. Registration is open and details can be found at AL650.com.
The epic 650-mile adventure race runs along the core section of the Alabama Scenic River Trail, the longest river trail in a single state. From rushing whitewater to ambling river delta, the race will challenge even the most experienced paddler – from mountain streams to multi-class whitewater to river delta and the salty waves of the Gulf of Mexico.
Pictured: The Cahaba River is the longest free-flowing river in Alabama and a major tributary of the Alabama River and the Mobile River basin. With headwaters near Birmingham, the Cahaba flows southwest, then at Heiberger turns southeast and joins the Alabama River at the ghost town and former Alabama capital of Cahaba in Dallas County. Entirely within central Alabama, the Cahaba River is 194 miles long.