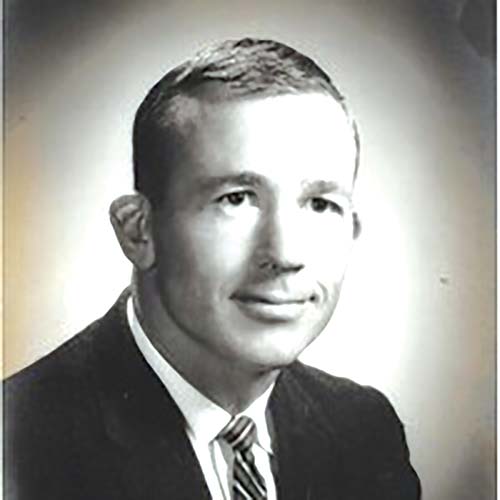 It is fitting that the funeral service for former Foley High School football coach and principal Ivan Jones will was held at the school’s football stadium. In 2004, the Foley football stadium was named the Ivan Jones Stadium and in 2010 a statue at the new entrance to that stadium was dedicated to him.
The funeral was aired and streamed live on WHEP radio and App or Baldwin 1310 on the web.
“This is the first ever funeral to be broadcast,’’ said Zana Price, a lifelong Foley resident. “Clark Stewart felt there were so many who live away and older who will be unable to attend due to Covid 19.’’
Price added that longtime Foley Onlooker reporter and columnist John Underwood said he could have filled an entire newspaper with stories about what Coach Jones meant to his players, toddlers he taught to swim, and former students he mentored well into their adulthood.
Underwood’s story will be in today’s Onlooker.
A lifelong Alabamian, the beloved Jones was born March 10, 1926 in rural Clarke County and grew up near Jackson. Drafted into the Navy before finishing high school, he served in the war in the Pacific from 1944 until the Japanese surrendered in 1945. Discharged from the Navy a year later, he finished high school and then attended Troy University, where a severe bus accident ended what been a standout football career. He graduated from Troy in 1951 and later earned a Master’s degree from the University of Alabama.
He took over the football program at Foley in 1955 and over the next 14 years turned it into one of the most dominant and winning programs in the state. His 1961 and 1962 football teams were undefeated and were voted state champions (there was no play-off system at the time). The Lions won 23 straight games from 1960-1962 and posted a 47-3 record from 1960-1964. His teams won 9 county championships and never had a losing season in 14 years.
Although smart and savvy, his greatest skill was his ability to relate to his players and build them up to play to a level far above their God given talents. He coached many great athletes who went on to star at various SEC schools, play in the Senior Bowl and the NFL.
One of his players, Kenny Stabler, won a Super Bowl and was enshrined into the NFL Hall of Fame. Coach Jones and Stabler shared a special bond that lasted throughout their lives. “Well, he could throw going to his right as well as he could going to his left,” Coach Jones once said of Stabler. “He was a tremendous athlete.”
Jones retired from coaching after the 1968 season and served as a principal at Foley for the next 20 years. After retiring, he became an avid and talented golfer, playing regularly until his late 80’s. He once shot a round of 78 at age 81.
Jones was loved by his players, students and school staff throughout his career and he loved Foley back. For decades, he volunteered coaching summer league baseball, taught swimming lessons and was a volunteer middle school football coach until his late 80’s. He was a positive influence on local youth for three generations.
A charter member of the Foley High School and Baldwin County Athletic Halls of Fame. He was selected Coach of the Year in the state and served as president of the Alabama Coaches Association. He represented Alabama at the National Coaches convention in Las Vegas in the late 1960s. In 1994, he was inducted into the Alabama High School Sports Hall of Fame. In 2005, he received the L’ Arche Mobile Lifetime Achievement Award. In 2015, he received the Alabama Football Coaches Association Lifetime Achievement Award.
Coach Jones is survived by his wife of 58 years, Julia Bristow Jones, and a loving family. As well as active pallbearers, his funeral service included honorary pallbearers that included all of the former Foley athletes that played for him.
Memorial contributions can be made to the Ivan Jones Scholarship, in care of the South Baldwin Education Foundation: PO Box 1600, Foley, Alabama 36535.