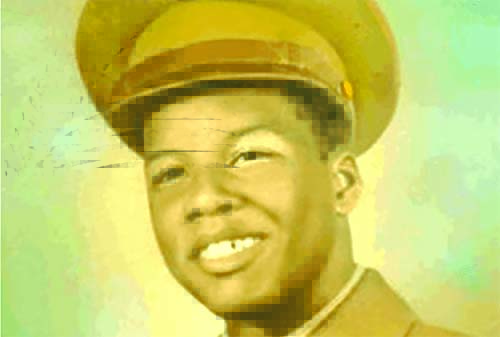 Annual commemoration of Pvt. Johnson May 7 at his namesake beach
Memorial illustrates inequities of public beach access to people of color

The annual commemoration of Private Rosamond Johnson will be held at his namesake beach, which is part of Gulf Islands National Seashore on Perdido Key, at 10 a.m. on May 7. Members of Johnson’s family, along with local and national dignitaries will be part of the ceremony.
The ceremony will conclude with a wreath lying ceremony at the Johnson monument, and entry fees will be waived from 9 a.m. to noon in honor of the first Escambia County resident to be killed in action during the Korean War.
Johnson enlisted in the U.S. Army at 15, and died in combat two years later on the Korean Peninsula. While engaged with the enemy, on July 26, 1950, he carried two wounded soldiers to safety. He was fatally wounded while attempting to save a third.
At the time of Johnson’s death, Pensacola beaches were racially segregated. While places like Pensacola Beach were designated whites only, the eastern end of Perdido Key became a refuge where black citizens could enjoy the beauty and recreational opportunities of the beach and the Gulf.
After the Korean Conflict, the county-owned recreational area was re-named to honor its fallen hero at the suggestion of the Sunset Riding Club. The club leased the land in 1950 from the county for the sole use of bathing, beach and recreational facilities for “colored citizens.” Although the lease was cancelled in 1956, the name Rosamond Johnson Beach remained.
The area became part of Gulf Islands National Seashore on May 8, 1973. A permanent monument in his honor was erected to illustrate the inequities of access to public beaches by people of color and the service of Johnson on June 10, 1996. The memorial features a plaque, flag pole, and two interpretive exhibits.

The Chamber’s Military Affairs committee is also partnering with the Morale, Welfare, and Recreation Department onboard NAS Pensacola to bring back the Star Spangled Salute Festival as part of the National Armed Forces Appreciation Day Saturday on May 21. The fest will be held at the Bayou Grande Marina onboard NAS.