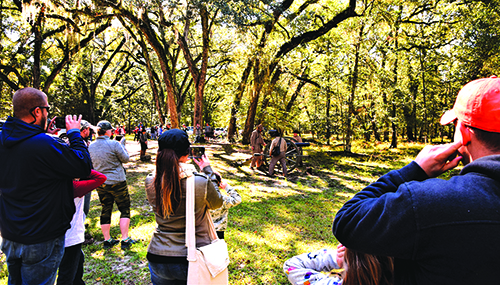 Battle Of Fort Blakeley Remembered April 9
Historic Blakeley State Park will host a special day of living history with artillery demonstrations, guided tours of the battlefield, and a special cruise exploring the sites where the major actions of the Mobile Campaign took place on April 9 b eginning at 9 a.m. Blakeley is Alabama’s largest Civil War battlefield and the site of the pivotal battle which led to the surrender of Mobile in the war’s last combined-forces operation. Throughout the day during our special “living history” event, reenactors and trained guides will help visitors understand the experiences of the men who fought here. A series of four weapons demonstrations will allow guests a unique opportunity to hear what some of largest guns involved in the battle at Blakeley sounded like and to learn how they were operated. More info: blakeleypark.com.