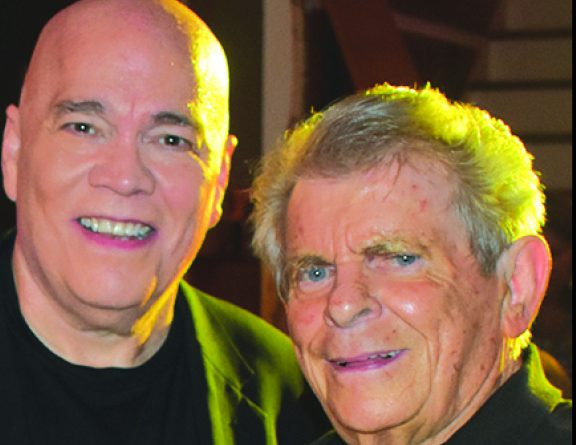 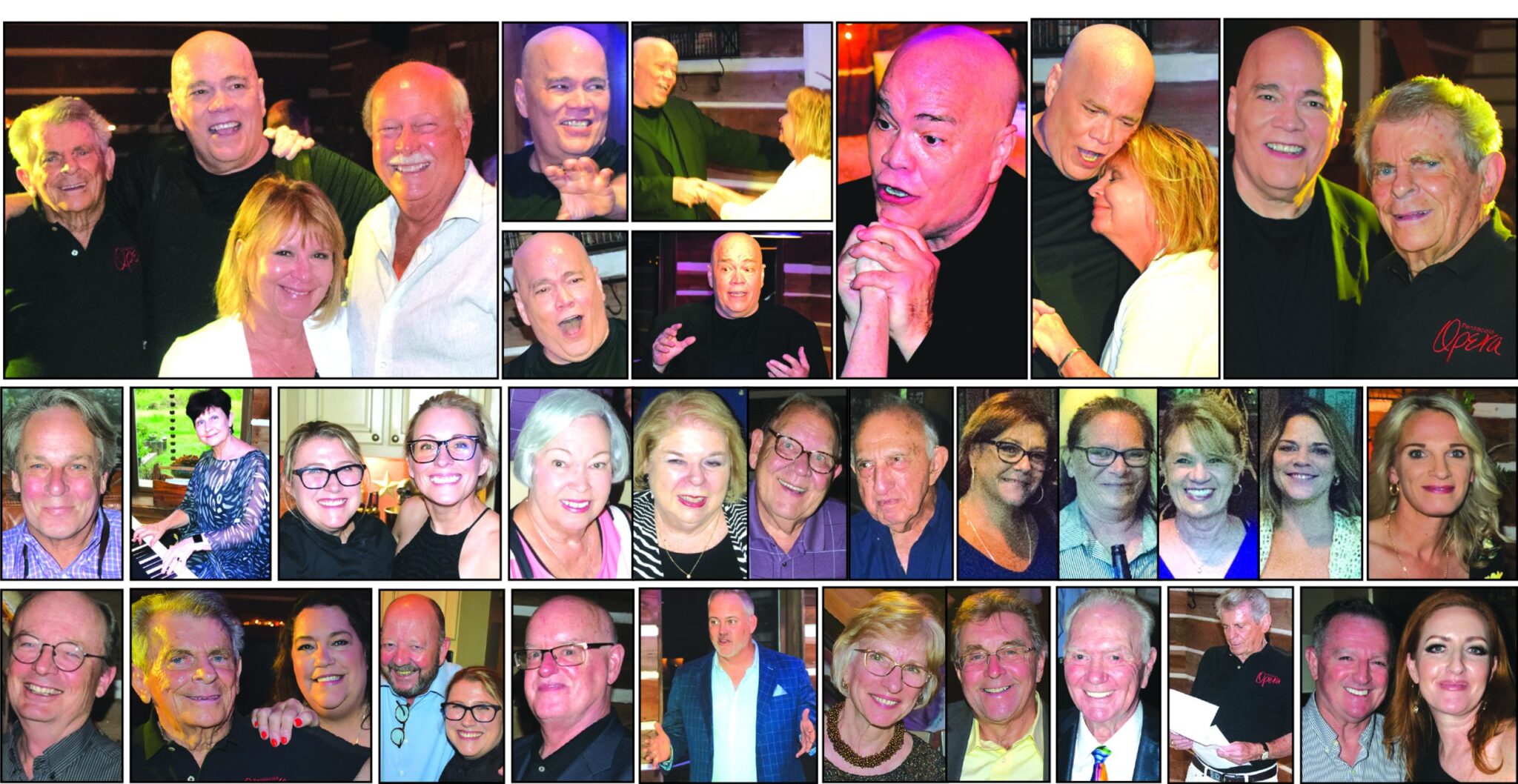 By Fran Thompson
Tenor Arnold Rawls has performed with the Metropolitan Opera and been hailed for his unique combination of vocal and dramatic skills in performances from Seattle to Switzerland.
But he has rarely performed at a house party anywhere in the world, let alone in a beautiful home near the Gulf Shores Sportsplex.
But that is where Rawls was on Sept. 10 at the invite of concert sponsor Bill “Papa Rocco’” McGinnes, his friend of 20 years.
Robin and Mark Frolich (owners of the Sassy Bass restaurants) provided a welcome atmosphere and outstanding food in their beautiful home, and McGinnes provided Rawls with his set list.
What followed was 60 minutes of ringing high notes, creamy low tones and beautiful Italian lyricism for around 30 invited guests.
Although he has performed at recitals outside the theater and participated in “jukebox opera” fundraisers, Rawls said this is one of the few times he has played a house concert during a 40 year career that has included performances at the Sydney Opera House, the Dallas, Indianapolis, Chicago and Sacramento Operas, the Bregenzer Festspiele in Austria and the Theater St. Gallen in Switzerland.
He was even critiqued in the New York Times as a tenor “whose voice has an easy flow in midrange yet rang out excitingly in the big, high-lying moments.”
“Papa decided he wanted an entire concert of special requests. So, here I am,’’ Rawls said before taking the assembled along with him on a fervent, expressive journey.
“We have been friends for 20 years. I was more than happy to do a jukebox opera show where Papa selected all the songs,’’ he added.
Himself a transplant from Michigan, McGinnes said he first became interested in opera after buying a copy of Life magazine specifically to read about Dr. Christiaan Barnard performing the first ever heart transplant in South Africa back in 1967.
In that same issue was a story about the world’s eight greatest opera tenors.
“I was still in my 20’s, not married yet, and I was just really impressed,’’ McGinnes said. “It was a really powerful article by a guy named John Daily. “I wanted to find out what he was writing about. So, I went out and bought albums that these guys sang on. I never realized it encompassed such a broad spectrum. I didn’t like it all. But I found out that I liked a really good aria.’’
Papa would catch performances in Detroit when possible, but he earned his opera chops listening to live performances on his headphones from the Metropolitan on Saturdays while watching his beloved Wolverines play football on TV.
“I love opera, but come on, I was not going to miss a Michigan football game over it,’’ he said.
Soon after opening up Papa Rocco’s (home of warm beer and cold pizza) on Hwy. 59 in Gulf Shores he started making opera trips to Pensacola. He met people who became friends at the shows – artist directors, back stage personnel and other aficionados.
He became part of the opera community and eventually a patron of Pensacola Opera. He even ahs a big star on the sidewalk outside of the Pensacola Saenger.
“I’ve met a lot of really good people through my association with Pensacola Opera. That is what I’ve enjoyed the most about it. That part has been really good for me,’’ he said.
“That’s also what I liked the most about Gulf Shores when I moved here,’’ he added. “When I moved here it really was the Redneck Riviera. But all the other restaurant owners were willing to help me. These were people who had been there and done that. Believe me, I made it a point to listen carefully to what they said.
“I have been pretty fortunate with my business. But I will never forget the way others were so willing to help me,’’ he added.
Although he is a jeans and polo shirt kind of guy, McGinnes will get dressed up for trips to the Pensacola Opera, and he has come to enjoy the well dressed pageantry while mingling pre-show.
“I’m not really into the German operas, but I love all the Italians – La Boheme, Pagliacci, Paolitaze,’’ he said. “People ask me how I can enjoy it so much when it is not even in English. Well, I know the topic. And I ask them if they enjoy a good guitar part or someone blowing a great horn. You don’t need to know the words. The larynx is an instrument.’’
Papa said it might appear a tad eccentric to enjoy opera as much as he does old rock n roll, big band and country. But that is not the point.
“It doesn’t matter the genre,’’ he said. “If it’s good music to my ears, I am going to listen to it.’’
The native of Scotland opened Papa Rocco’s on March 15, 1985, after a 20 year career as a project manager for Modco, the largest cutting tool manufacturer in the world.
He wanted a simple menu. He wanted live music every night, even in the winter. He wanted to serve food ‘til midnight.
He knew serving good pizza was a good idea. And he knew there wasn’t another oyster bar open year round in Gulf Shores.
He did not want to serve fried food. Customers would decide how crispy they wanted their wings by the number of times the wings passed through the pizza oven.
None of that has changed in the almost four decades that have since passed.