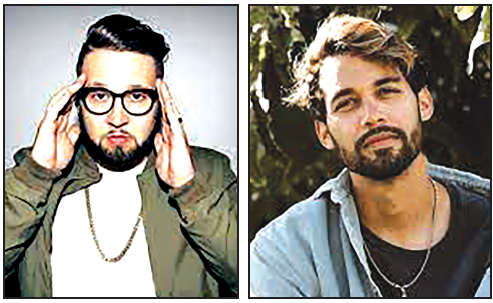 The 14 city All This Future Summer Festival Tour featuring UNITED, Tauren Wells, (pictured) Andy Mineo, TAYA and (pictured) Ryan Ellis will make a stop at the Wharf Amphitheater in Orange Beach on Saturday, July 30.
A robust group of artists team up with Hillsong UNITED in different cities across the country, playing a mix of amphitheaters and arenas. Other stops will feature TobyMac, Lauren Daigle and Johnnyswim.
Other upcoming concerts at the Wharf Amphitheater include Morgan Wallen on July 2 & 3, Chris Stapleton’s All American Road Show on July 15, Keith Urban on August 6 and Parker McCollum on Sept. 2. Tickets for all shows at the (almost) 10,000 seat amphitheatre are available through Ticketmaster.com, The Wharf Box Office, and numerous secondary markets.
“The All This Future Summer Festival Tour is going to bring a powerful, one-of-a-kind night to each city that it visits,” said Dan Rauter of Premier Productions. “Each tour stop will showcase a truly diverse group of artists of faith, covering a wide range of musical styles, and whose music is impacting lives inside and outside of the church walls.”
“Our prayer for this tour is that people will be encouraged and filled with hope,” says JD of Hillsong UNITED. “The world feels as hurt and battered as ever but we know God’s presence is with us, and in His presence there is peace, joy and love. Despite the season we all may be in, there is a reason to gather together and sing.”
This once-in-a-lifetime tour is something fans certainly won’t want to miss as the mega-star line-up of artists will lead audiences in a time of praise, a time of song and a time of pure fun.
The 14-city summer tour kicks off in Scranton, Pa. on July 25 and concludes with a stop in Austin on August 11.