Home / News / Dave Roever to speak at The Island Church on Nov. 24

Dave Roever to speak at The Island Church on Nov. 24 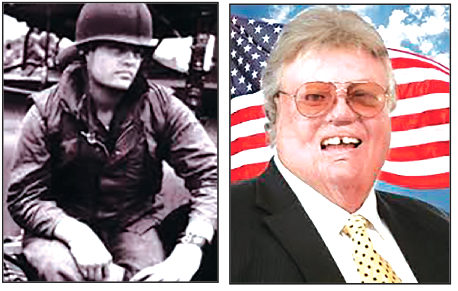 Dave Roever to speak at The Island Church on Nov. 24
Voices of Mobile will be on Pleasure Isle for three Dec. 1 shows

The congregation at Christian Life the Island Church invites the entire Alabama Gulf Coast community to hear special guest Dave Roever on Sunday, November 24 during all three of its Sunday services (8:15 a.m., 9:30 a.m. and 11 a.m.). The church is located at 25550 Canal Rd. in Orange Beach (251-967-4840) and there is no charge to attend either service.
In addition, the church will present the Voices of Moible in concert at all three of its sevices on Sunday, Dec. 1. The highly versatile, auditioned vocal ensemble consisting of 18 students from The University of Mobile.
VOICES (above) maintains a highly visible and consistent performing schedule in churches, schools, conferences, and civic events throughout the United States and abroad. They have performed at the Southern Baptist Convention Pastor’s Conference, the White House, Carnegie Hall and the Notre Dame Cathedral in Paris. A great emphasis is placed on a desire to honor the Lord in word and deed as stated in the mission statement of the group: “Honor Him with our Lives and Praise Him with our voices.”
Dave (above left) is a hero of the faith, called to ministry as a teen, and a decorated Vietnam veteran of solid character. At the height of the Vietnam War, he joined the U. S. Navy and served as a river boat gunner in the elite Brown Water Black Beret — until tragedy occurred.
His survival and ensuing life with his faithful wife at his side are miraculous. A superb multi-generational speaker, Roever travels the globe, sharing his gripping testimony with engaging humor, imparting hope in the face of seemingly insurmountable obstacles, and delivering the Word of God with convincing power. God uses Dave’s ministry with the U. S. military world-wide, including war zones such as Kosovo, Iraq, and Afghanistan. Dave and his team help to restore hope, provide keys for success, and train today’s wounded warriors to have meaningful futures.