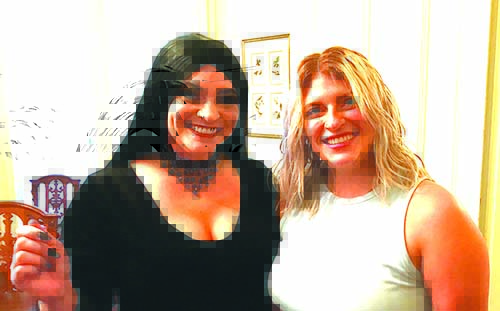 By Jessica Langston
Fall slowly works its’ way to the Gulf Coast and beach season fades into the background, but that doesn’t mean your entertainment options are over. What better way to kick off the Halloween season than to revisit everyone’s spooky and kooky favorites in “The Addams Family” – A New Musical Comedy, presented by the Expect Excellence Community Theatre.
The play will be presented as a dinner theater for $50 per person at the Orange Beach Event Center, located at the Wharf, on October 7-9 at 7 p.m. with a matinee performance on Oct. 10 at 2 p.m. Tickets are currently on sale through the City of Orange Beach website at OrangeBeachAL.gov.
The show is rated PG, and theater goers ages 12 and younger will receive free tickets and kids’ meals. Children’s tickets must be reserved through the website to account for seating and food preparation. Catering for the event is being handled by The Wharf Catering Group, which is operated by the owners of local restaurant favorites: Ginny Lane Bar & Grill; YoHo Rum and Tacos; and Villaggio Grille.
Two of the people helping bring the production to the stage are actually sisters, and while they both have been performing since early childhood, the Addams Family production will have them collaborating from different perspectives of the performance.
Polly Pittman, the Expect Excellence After-School Program administrator, will be playing Morticia, the matriarch of the Addams family. Trained more as vocal performer, Pittman has an Associates Degree in Music Vocal Performance from the East Central Community College in Decatur, Mississippi, and a Bachelor’s in Church Ministry and Leadership from University of Mobile.
Her sister, Olivia Vaughn, who also graduated from UM with both a Bachelor’s and Master’s in Musical Theater, is helping coax the best possible version of Morticia out of her sister, as the show’s assistant director.
“Actually, playing Morticia has been very difficult for me,” Pittman said. “Olivia has been very helpful in interpreting what they want out of my character, because Morticia’s personality couldn’t be further from me as a human being. Olivia has been very helpful…in finding the right tone for Morticia.”
When asked what it has been like directing her sister, Vaughn, who is seven years younger than Pittman, said, “It’s been so much fun. I have loved it. I was really excited to see her in something out of her comfort zone and let her try something new. And, while it’s definitely been a process for her, I think it’s really been a blessing having me on this side of the table because I’ve been able to help her if she doesn’t understand a direction, because we have a certain sister telepathy, and I am able to describe things in a manner that she more readily understands.”
City of Orange Beach staff members say that ticket sales are moving briskly and they advise everyone not to wait until the last minute to reserve a seat to the dinner theater production, as the city is selling a limited number of tickets to each performance to allow for social distancing.
Pictured: Polly Pittman (left), playing Morticia Addams, and Olivia Vaughn (right), assistant director of “The Addams Family — A New Musical Comedy” are part of Expect Excellence Community Theatre’s upcoming Halloween show.

Related ItemsMullet NEWS
← Previous Story You Talking To Me?
Next Story → Freedom Fest is here to stay; Oct. 9 Shrimp Fest fill-in event at The Wharf will surely expand