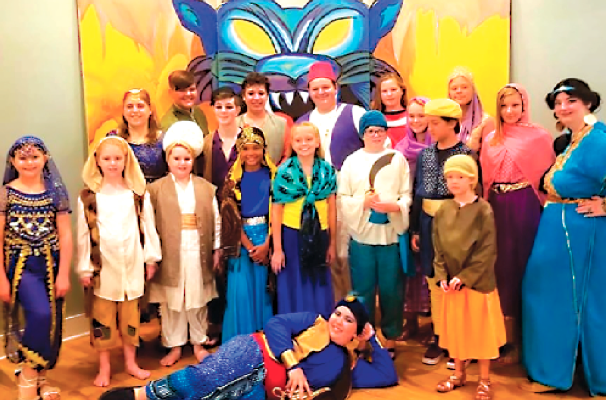 Tickets go on sale at 10 am. on July 22 for the South Baldwin Community Theatre’s six run production of DisneyAladdin Jr. Shows are scheduled August 2, 3, 9 & 10 @ 7:30 p.m. and August 4 & 11 (Sunday) @ 2 p.m. To purchase online, go to sbct.biz.
Disney’s Aladdin JR. is based on the 1992 Academy-Award®-winning film and the 2014 hit Broadway show about the “diamond in the rough” street rat who learns that his true worth lies deep within. The story you know and love has been given the royal treatment! Aladdin and his three friends, Babkak, Omar, and Kassim, are down on their luck until Aladdin discovers a magic lamp and the Genie who has the power to grant three wishes. Wanting to earn the respect of the princess, Jasmine, Aladdin embarks on an adventure that will test his will and his moral character.
The play is directed by Jan Hinnen. Tickets are $15 for adults and $9.95 for children. Tickets are also available beginning July 22 at the theatre box office (2022 W. 2nd St. in Gulf Shores. Call 251-968-6721 for more info.