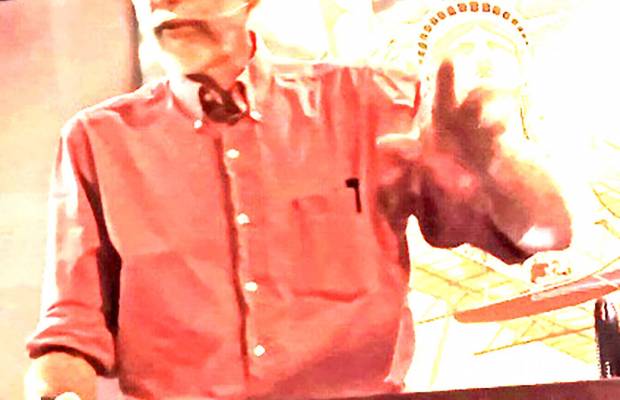 LtCol. Len Knitter, a dual-rated Air Force pilot, will share his experiences, including ditching in the Gulf of Mexico at the June 1 Ancient Aviators gathering at American Legion Post 44 in Gulf Shores. Breakfast starts at 8:30 a.m. and the meeting at 9 a.m.
Knitter flew fixed wing and helicopters such as the Jolly Greens and Blackhawks. He retired in Gulf Shores.
The Ancient Aviators group, formed in 2002, gives aviators and others a chance to “tell their story.” A full breakfast is available for $6, and visitors are always welcome. The group meets the meet the first Tuesday of each month. Info: bensman84@aol.com or 251-990-8258.
Pictured: Last month’s Ancient Aviators speaker was noted multi-media artist & historian Dean Mosher, who described the painstaking research that goes into his many projects such as the large mural of the Wright Bros. flying around the Statue of Liberty in 1909. This piece, commissioned by the Smithsonian, is on permanent display at the Air & Space Museum in Washington, DC.