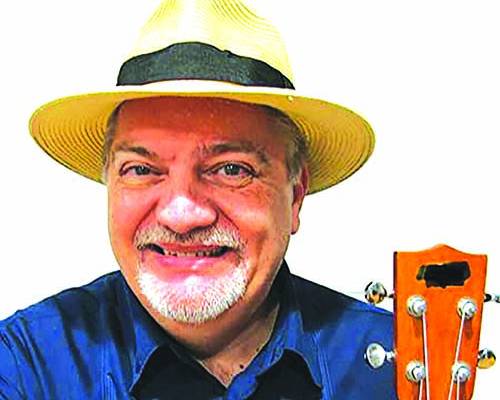 Fairhope songwriter Mike Turner has published his first poetry collection, Visions and Memories, which is described as taking readers on a journey from the limitless reaches of the Universe, to the very depths of the individual and collective soul, with poems of internal reflection, nature, music, love, loss, hope and redemption.
Turner, who retired to Fairhope in 2007 after a 27-year career as a federal law enforcement executive, began writing songs after taking a beginner’s ukulele class. He has since written more than 150 songs.
“I enjoy songwriting, but find that some of its conventions, like repetition and verse/chorus structure, can be limiting in how I’d like to tell some stories,” said Turner, “So I started writing poetry.”
Turner has had more than 150 poems published in numerous print and on-line journals, magazines and anthologies. He was named Male Gospel Entertainer of the Year by both the Alabama Music Association (2016) and the North America Country Music Associations International (2017), and was featured on the “15 Minutes of
Fame Stage” at the 2020 Monroeville Literary Festival. Visions and Memories is available for purchase in soft cover and e-book formats at amazon. com.