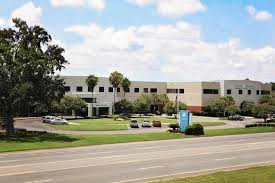 Fern Ave. extension will allow quicker access to SBMC
After a number of setbacks, Foley’s Fern Avenue extension connecting Hwy. 59 and the Foley Beach Express will open on Monday, April 6 at 8 a.m., giving citizens another east/west alternative between Highway 59 and the Beach Express and quicker access to South Baldwin Hospital for Pleasure Island residents.
The new east/west connector, which is two miles in length, will allow emergency vehicles from the south to bypass Foley’s downtown. This will enable faster, safer transport for patients en route to South Baldwin Regional Medical Center while also reducing traffic interruptions in the city center.
The project is a cooperative agreement between ALDOT and Foley. The plans were provided by the city and approved by ALDOT. The construction funding was 80 percent federal and 20 percent local.
Initially, there will be a crossover for north-bound traffic on the Foley Beach Express to access Fern Avenue. Officials anticipate that in the future, traffic counts will justify a traffic signal at this location.