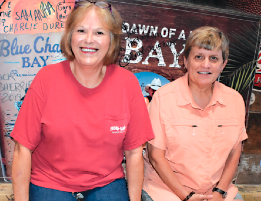 Related ItemsJuly 3 News
← Previous Story “Magnolia or The House at the Head of the River” encore July 12-13 in Foley Play is look at the life of Lower Alabama teen in the mid-1930’s
Next Story → End of the Road New Play Fest July 12-14 at SBCT Tickets are only $5 including Fri. & Sun. receptions and Sat. ice cream social