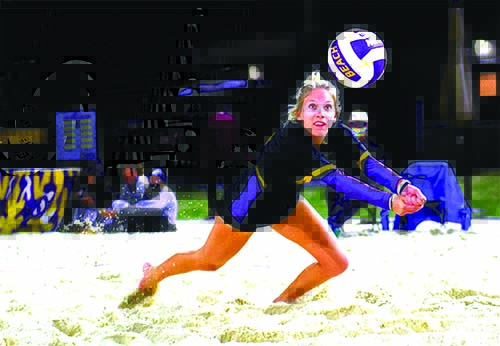 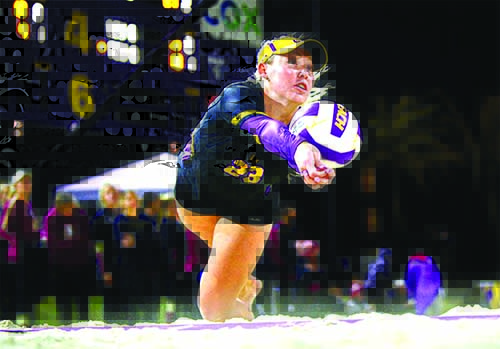 The Florida State Seminoles will try to make it three in a row against rival LSU in beach volleyball tourney play when the school hosts an April 17-18 tournament at Gulf Shores Public Beach. The schools are scheduled to play Sunday at 3 p.m. Seventh ranked TCU, Tulane and Southern Miss are also entered in the tourney.
The NCAA Championship tournament, featuring the nation’s top eight teams, will be played in Gulf Shores May 7-9.
Florida State beat LSU in last month’s March to May Invitational hosted by UAB at Gulf Shores Public Beach and also edged the Tigers two weeks earlier at a tourney in Baton Rouge. The FSU vs. LSU match in Gulf Shores was tied up at two when all eyes turned to court three, where the Seminoles trailed 13-9 before storming back to take the final six points.
Florida State is ranked second and LSU third behind Southern Cal in the March 30 AVCA Beach Volleyball rankings.
The Tigers split two matches against USC and lost twice to UCLA during a trip to Las Angeles April 2-3. FSU also made the journey to California last weekend and also went 1-1 against No. 1 USC and 0-2 against No. 4 UCLA, which is expected to take over the top position in the April AVCA rankings. (Photos by Photos by Jacob Reeder & Chris Parent-LSU Sports.com)