Home / CV / G.S. Mayor says we have a history of coming back stronger, better

G.S. Mayor says we have a history of coming back stronger, better 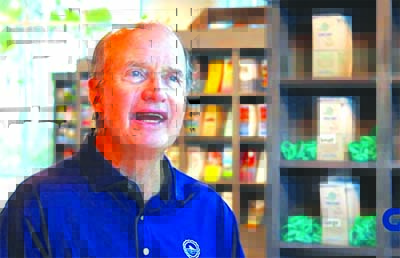 G.S. Mayor says we have a history of coming back stronger, better
By Fran Thompson
During a video interview with South Baldwin’s Gateway Initiative, Gulf Shores Mayor Robert Craft said that after seeing a beach filled with people at a Jimmy Buffett concert almost four months after the Deepwater Horizon Oil Spill back in 2010, he knew Gulf Shores was on its way to recovery.
He said he feels no differently about our future once we recover from this corid-19 pandemic.
“I can remember 35,000 people. I remember standing there looking out over the crowd that day. And if you have not seen that video, you ought to watch it. Everybody ought to watch that video. I got chill bumps that day and I think most of the folks that were there did. I knew we were going to recover. I could tell from the people that were there that we were going to get through this because we’re going to work together.’’
Mayor Craft, a resident of the city since he was two, like the rest of the world, watched the oil creep across the Gulf. He knew that oil was eventually going to arrive on the Gulf Shores beaches, but the city had to first prepare for the Hangout Music Festival.
“Then the weekend after Memorial Day, somewhere around the first of June – oil. It was like our beaches were covered as far as you could see with oil. It was just so heartbreaking and crushing because at that time I had visions – I think we all had visions – of the Exxon Valdez. That area of Alaska and that coast is still closed and dead to fisheries. I’m thinking ‘that’s our future.’ And our whole way of life is over.’’
Craft said BP’s work crews were smart enough to listen to the city’s recommendations, honed from cleaning beaches for 30 plus years, in their efforts pick up oil.
“They came in with buckets and rakes and tried to pick it up by hand. We knew real quickly that wasn’t going to work. So we went to work showing them how we clean beaches and modifying the equipment we have to pick up oil.’’
Lucy Buffett, owner of LuLu’s at Homeport Marina, was a beacon of positivity during the oil spill crisis, preaching constantly that the Gulf will repair itself in time. As well as championing the resiliancy of the Gulf and the people who live alongside it, she said recruited her famous brother Jimmy to play a concert here.
“So, we put together with BP’s funding Jimmy Buffett from the Coast,’’ Mayor Craft said. “That day we gave away 35,000 free tickets. But you could only get a free ticket by either being a local. Or you had to rent a room at a condo or a hotel, and you had to stay three nights. In doing so, we created revenue to our community that reduced the amount of claims to BP. So, BP was able to pay for it.
“I was able to talk with Mike Utsler and the folks at BP and tell them that if you do this, you’ll get the video that you will want to show of a recovering coast. You’ll expose us as a recovering coast and you’ll have less claims. And it worked. It worked really well.’’
Craft said the resiliancy and togetherness evident back then still exists within the Pleasure Island community.
“Having watched us get through and recover from storms and build back better. Get through and recover from oil spills and build back better and be stronger. I just strongly believe that it doesn’t matter what this community sees we will get through it and we’ll come back better. And we will continue to be the best we can be.’’

The Gateway Initiative is a five-year plan to create regional partnerships to collectively address and bring solutions to Baldwin County problems.