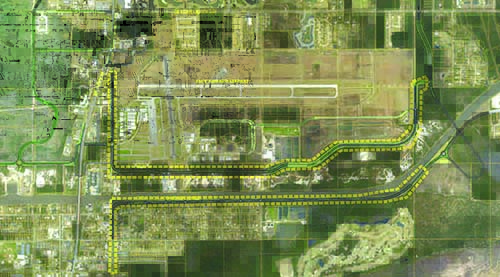 G.S. will spend $284K to study Canal Rd. traffic improvements
By John Mullen
Gulf Shores voted to spend just more than $284,000 to study traffic improvements coming to Canal Road to be paid for with Restore Act money.
“This proposal is for a comprehensive corridor study to perform this preliminary design work, including coordination with state and federal agencies, analysis of design alternatives, costing and budget development, public outreach, and feasibility studies,” Environmental and Grants Coordinator Dan Bond said in a report to the city council. “This preliminary design work will inform and refine the final design work proposal, which will be presented for council consideration once the corridor study is complete.”
While the city will pay for the study, design and engineering on the project, Bond said, Restore Act funds will contribute $21.7 million for improvements on Canal Road all the way to Alabama 161 in Orange Beach.
“This 100 percent grant that will be provided by the Restore Act,” City Administrator Steve Griffin said. “The only thing not provided are these soft costs. But this gets us out in front of that project design and have us be the lead.”
Volkert will be hired to complete the study and develop a plan to improve capacity on the road concentrating on the portion from East Second Street to where the state’s new intracoastal waterway bridge will land on Canal Road between Gulf Shores and Orange Beach.
“Due to the complex nature of many project components, ALDOT has requested that the City manage the engineering and design process, including traffic studies, technical design development, and consideration of environmental, social, and economic impacts,” Bond said.
What that final product will look like, Bond said, will be determined by the study.
“The intent of the Restore project is to improve the capacity of that corridor from Highway 59 to Orange Beach, basically,” Bond said. “How that happens is what we will get into with this corridor study. There’s a lot of things to get into the details on to try to figure out the most efficient and best design from the city’s perspective.”
On the Orange Beach side, the plan is already in place to four-lane the road from the new bridge all the way to Alabama 161 in the heart of the city. There’s been talk of four lanes on the Gulf Shores portion but Mayor Robert Craft isn’t sure the roadway can be that wide.
“On the south side it’s hard for me to imagine that will be a four-lane area,” Craft said. “With the corridor, we have hopefully we can create a two-lane road with center turn lanes and some pedestrian access on either side. With the right of way we have, it’s not wide enough functionally for a four-lane road. Once again, that’s to be determined and we’ll be back in here talking about it.”
The Canal Road project is just one of several funded by the Restore Act coming to Gulf Shores totaling about $41 million. Others are $9.7 million for the Gulf Coast Center for Ecotourism & Sustainability to be built on city land abutting Gulf State Park, $4.4 million for the Fort Morgan Trail extension and $5.9 million for the Little Lagoon Restoration Project.
With the government shutdown slowing down disbursement of the money, Craft said getting the corridor study done now will have the city poised to move forward when it is released.
“There will be significant changes on how that works so for us to get our portion of the $21.7 million is a crucial traffic improvement program,” Craft said. “It’s imperative that we begin the design process for when the money’s available. With Washington’s shutdown everything’s been stalled but with the Department of Justice is back work and is evaluating projects. We should be getting information about how to proceed quickly so we need to be prepared. This is an important first step in that process.”
There will also be improvements to roadways on the north side of the intracoastal waterway and some of that, Craft said, could possibly be four-laned and will connect to the road leading up to the bridge on that side of the waterway.
During the meeting the council also:
• Accepted a master plan for the recreation department put together by Assistant Director of Recreation and Cultural Affairs Matt Young.
• Reappointed Councilman Jason Dyken to another six-year term on the Airport Authority. His current term expired on Jan. 14.
• Agreed to give $1,000 to the Gulf Coast Arts Alliance to help put on the group’s monthly art markets.
• Approved an assembly permit for UAB beach volleyball for a tournament at Gulf Place “March to May” on March 8-10 a preliminary tournament to the NCAA Sand Volleyball National Championships coming to town May 2-4.
• Approved two annexations into the city, one on Skiff Lane and another on County Road 8 or Coastal Gateway Boulevard.
• Approved making Erin Kaiser a member of the Board of Zoning Adjustments replacing Geoff Gaberino who recently moved to Fairhope.
Pictured: G.S. ALDOT road project map