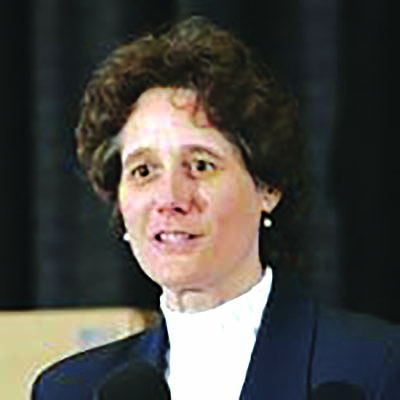 Godmother of beach volleyball Kathy DeBoer was also a pro hoopster
Kathy DeBoer always thought she was better at basketball than volleyball. And she was probably right.
She was a finalist for the Wade Trophy as the top female college basketball player in the country when she played at Michigan State. She went on to play professionally for two years.
She received early volleyball training from Mick Haley, who eventually served as the 2000 U.S. Olympic Women’s Volleyball head coach, which put her on a career path that put her among those that shaped beach volleyball into an NCAA sport (See page 6-8 story).
“Just think of it,’’ said Phillip Bryant, commissioner of USA Volleyball Gulf Coast Region. “The NCAA Championship is here just by the virtue of Kathy DeBoer looking for a place that would be passionate about the event.’’
DeBoer, who played in her first USVBA Adult National Tourney when she was 16, broke into coaching by leading Ferris State to three conference championships and two NCAA appearances.
She coached at Kentucky for nine years, leading the Wildcats to three SEC Championships and four NCAA Tourneys. The National Volleyball Coach of the Year in 1987, she was named president of the American Volleyball Coaches Association in 1990.
She’s also written a well regarded coaching manuel about the difference between coaching men and women titled “Gender and Competition.”
She helped create USA Volleyball’s coaching accreditation program, was an advisor to the U.S. national team from 1988 to 1996 and coached several developmental teams.
DeBoer’s impact in the developing beach volleyball into an NCAA sport started when she became executive director of AVCA in 2006.
After lobbying to secure a men’s Division III volleyball championship in 2012, she set her sights on women’s sand volleyball, which she helped steer towards Gulf Shores.
“When we first started talking about beach volleyball, people laughed. Beach volleyball as a college sport was a joke. It was like, ‘What are you talking about?’ This is never gonna happen,’’ DeBoer told volleyballmag.com in a 2017 interview.
“Because of Kerri Walsh and Misty May, you have a whole generation of kids who grew up watching them win Olympic medals. They knew who they were. They knew what this sport was about. I said this to (Kerri) yesterday, what we were smart enough to do was see that there was a boogie board out there called Misti May and Kerri Walsh and we were able to get on it and ride it into the beach. Those two started the wave. They created it. We just rode it.’’
“Beach went from zero programs to 53 in Division I in six years. There’s not an NCAA sport on record that’s picked up 50 Division I programs in six years. The next closest sport was like 17 years.’’