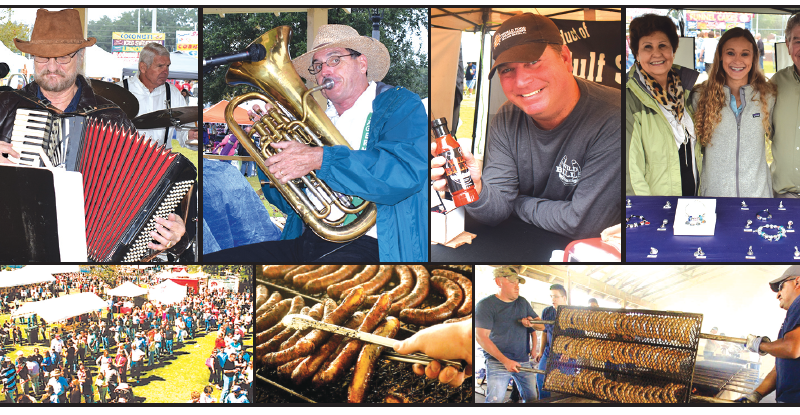 Gulf Shores’ football state championship run continues this Friday, Nov. 18 when the Dolphins host district rival Faith Academy at Mickey Miller Blackwell Stadium at the Gulf Shores Sportsplex (County Rd. 6) at 7 p.m. Only AHSAA GoFan Tickets purchased online will be accepted for admission.
The Dolphins entered the playoffs for the first time since 2013 after a 9-1 regular season under second year coach Mark Hudspeth. Playing in Class 5A, the locals beat Carroll 42-0 in their first ever home play-off game.
The Dolphins then went on the road to beat Central-Clay County 26-21. Ronnie Royal scored the third of his three touchdowns with 4:40 on the clock to give Gulf Shores the win. A 90-yard interception return for a score from Braden Jackson just before halftime was the key play in the win.
Royal, a 4-star junior, was listed as the No. 13 junior in the state before the season. Already a two-time first-team All-State selection, he is also the Dolphins’ best defensive player. His college offers include Arkansas, Florida State, Mississippi State and South Alabama. He played his freshman year at Alexandria.
The Dolphins enter the quarterfinals with an eight game winning streak and are very familiar with their Region 1 foes, having defeated Faith Academy 22-12 during the season. The Dolphins only loss against 11 wins this fall was 28-35 to UMS Wright, another Region 1 rival and the top ranked team in the state. UMS-Wright advanced to the quarterfinals by beating Beauregard 48-30 on Nov. 11. The unbeaten Bulldogs play at Charles Henderson on Nov. 18.
Hudspeth led the Dolphins to a 6-4 record in 2021, his first at the school. He previously had very successful college head coaching stops at North Alabama, Louisiana and most recently Austin Peay. He resigned from Austin Peay while under a 30 day suspension after winning a school record 11 games and being named Ohio Valley Conference Coach of the Year in 2019. He has also had assistant coaching jobs at Mississippi State, Navy, Delta State, Nicholls State and Central Arkansas. He won the state championship in 1997 at Winston Academy, the last year he coached a high school team. He came to Gulf Shores intent on building a football powerhouse, and he has brought several high powered coaches with him to get there in just two years.
Hudspeth’s staff includes former South Alabama offensive coordinator Kenny Edenfield, his offensive coordinator, and defensive coordinator Paul Rhoads. Edenfield was also an offensive coordinator at Nicholls State, Troy and North Alabama and head coach at Southwest Mississippi Junior College, in addition to a coaching stint at Tulsa during his 33 years in the business.
Rhoads was Auburn’s defensive coordinator before taking the head coaching job at Iowa State from 2009-2015. He took the Cyclones to three bowl games during that span. Rhoads also coached at Utah State, Pacific, Pittsburgh, Arkansas, UCLA and Arizona. Rhoads replaced Hudspeth’s first year defensive coordinator Brian VanGorder, a former Auburn and Atlanta Falcon defensive coordinator. VanGorder left to take the head coach job at Delray (Fla.) High. Pictured: The Dolphins take the field before winning the school’s first ever home play-off game.