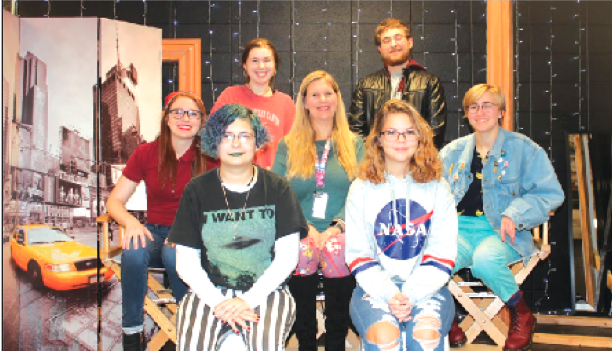 Congratulations to the Gulf Shores High School Theatre students and their drama teacher, Mrs. Ginger Tuck. On November 2, six of Mrs. Tuck’s students received superior scores at the District Trumbauer Theatre Festival in Mobile. Two students – Traci Wiley and Zachary Lindley – received excellent scores at the competition. The students receiving superior scores will be competing at the State Trumbauer Theatre Festival December 6-7 at Troy University. Ali Livingston will compete in the Solo Musical Female Comedic Novice Division. Aneliese Eddy and Mallory Watley will both compete in the Solo Acting Female Contemporary Dramatic Novice Division. Competing in the Solo Acting Female Contemporary Comedic Novice Division will be Natalie Larson. Sterling Lee and Abigail Kowalski will be competing in the Duet Acting Contemporary Comedic Novice Division. Sterling Lee will also compete in the Solo Acting Classical Dramatic Novice Division. Traci Wiley and Zachary Lindley competed at the District Trumbauer Theatre Festival and scored excellent in their categories. GSHS and the City of Gulf Shores are so excited for Mrs. Tuck and her students! Submitted by Pam Livingston for Ginger Tuck