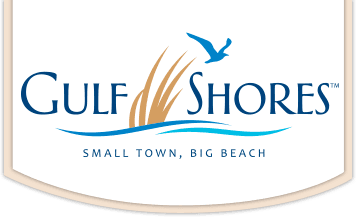 Gulf Shores to spend $5.3 million on streetscapes, drainage in downtown walking district
By John Mullen
Gulf Shores awarded a bid of more than $5 million for Beach Walking District Phase I improvements including streetscapes and drainage improvements during its Oct. 12 regular session.
“The Beach Walking District is one of the city’s five action items in our Vision 2025 Strategic Plan and was envisioned ‘as a walkable, energetic beachfront district that will attract tourism, stimulate local businesses and encourage business and residential relocation,’” city documents state.
McElhenney Construction had the lowest bid on the project at $5.3 million with portions funded by Transportation Alternate Program and Alabama Coastal Area Management Program grants. Included in the plan are quaint, landscaped boulevards to construct a pedestrian and bike friendly district accessible to dining, shopping and entertainment.
“It’s going to be truly a real downtown area,” City Engineer Mark Acreman said.
Infrastructure improvements will include new roadways, sidewalks, landscaping, increasing on-street parking from 176 to 267 spaces, street lighting and stormwater drainage enhancements. This year’s budget will pay for about $2 million of the cost and the rest will be included in the 2021 budget.
Transportation infrastructure improvements will include at mast arm traffic signal and left turn lanes at Second Avenue and State Route 59, extension of West Second Avenue to West Second Street, an underground stormwater system to support business development and 16-foot sidewalks.
“This is the first time we’ll have this in our stormwater systems and we’ll have trash filters on the inlets that will intercept debris that people may throw out and gets washed into the inlets and into our piping networks,” Acreman said. “We’ll have to put in all the underground stormwater systems in first and all that discharges to the north so that will be the first phase. We’ll work the streets and utility improvements in and around that stormwater improvement project.”
Acreman said the project is expected to last about a year but hopes the interruption to the summer season is minimal with a new strategy the city is implementing.
“We’ll work block by block and we’ll finish the whole section before we move on to the next,” Acreman said. “That way if we do have to stop for summer season we’ll stop and have a finished product where we left off and when we pick back up it’ll be on a new section of street. We will not leave anything unfinished as we work through the project.”
Mayor Robert Craft liked that plan and said it will help businesses operating in the Beach Walking District.
“Next year could be a big recovery year for all those businesses down there and make sure we do leave opportunities for customers to get where they need to go,” Craft said.
The council also heard from Fire Chief Mike Sealy that the city has been certified for another four years as an ISO 1 department, the highest insurance rating attainable.
During the session, the council also:
• Awarded a $55,000 bid to Containment Systems to install new backstop netting
systems at the Gulf Shores High School women’s varsity softball and men’s varsity
baseball fields.
• Approved a recycling, collection and billing franchise to Republic Services which will provide for once a week pickup for garbage and once a week for recycling for residents north of Second Avenue. Residents south of Second Avenue will continue to have the same service as well as the option of Saturday garbage pickup.
• OK’d a conditional use permit for a five-foot boardwalk to the beach for West Lagoon Cottages, a 43-lot development at 931 West Beach Boulevard.