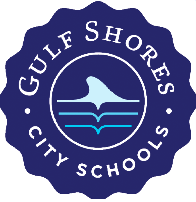 Gulf Shores will revamp traffic flow for start of its first school
During a recent meeting that has been described in the media as a “lovefest’ in front of more than 400 parents, Gulf Shores School Board members and Superintendent Matt Akin presented on campus improvements that will be in place when Gulf Shores officially opens for business when classes resume this August.
In addition to moving a total of five current portable classrooms and eliminating three others, the city will make major changes to the traffic routes parents use when dropping off and picking up children. T
hose plans include a traffic circle that will loop south of the elementary school. Elementary traffic will use the East 16th Ave. entrance to the campus while middle school traffic will enter and exit from East 15th Ave. It is hoped that the new traffic patterns will eliminate traffic buildups on East 2nd St.
Bus traffic for the Gulf Shores elementary, middle and high schools will enter and exit on Dolphin Ave. By the time classes start, 95 parking spaces will be added at the high school and a new teacher parking lot will be built on the site of the elementary school playground. The playground will be moved into the interior of the campus.
New security measures at the campus will include walls and fencing at the elementary school which will limit access to the campus. Additional security cameras (monitored by the Gulf Shores Police Dept.) are will also be installed.
In addition, the city will give a new look to its entry ways (new logo pictured) that will incorporate its new logo and slogan – “Makin’ Waves.”
The city will also install rain canopys at its drop-off stations. A majority of work is expected to be completed before August and cost between $5 million to $7 million.
As reported earlier, Chad Green, the former chief financial officer at Satsuma City Schools, will begin serving in a similar capacity in Gulf Shores on April 1 and Gulf Shores High School Principal Cindy Veazey and Gulf Shores Middle School Principal Kyle McCartney will remain in those positions. The city is in the midst of interviewing applicants for the elementary school principal’s position.
The City also introduced the Dolphin Foundation for Education and Arts as a community fundraising arm similar to the Makos Academics, Arts and Athletics Club recently formed in Orange Beach.
“It’s really nice as a superintendent to see how excited the community is,” said Akin. “It’s an exciting time for us.”
Options For Fort Morgan students

The new Orange Beach school won’t be finished until the fall of 2020 but the county plans on opening a portable village across the street from Orange Beach Elementary School to house seventh through 10th graders. Any students outside of Gulf Shores city limits in grades K through nine will attend school in Orange Beach.
All students who will be 11th and 12th graders in the fall living outside the city limits will be allowed to attend Gulf Shores until graduation. Students in the 10th grade starting this fall have a choice to attend in either Orange Beach or stay at Gulf Shores.
Students from Fort Morgan, who would otherwise have to travel through Gulf Shores to Orange Beach to attend a county school, will be able to attend Gulf Shores schools on a space available case.
“We set the policy and we set tuition. It will be $1,500 for the first student and $1,000 for subsequent students within the same family,’’ said Akin, adding that the amount was based on county revenue which will Gulf Shores will not receive from its students living outside of the city.
“When I say county revenue I mean county property tax,’’ Akin said. “If a person lives in Fort Morgan, his parents would pay $1,000 in property taxes, approximately, that would go to the county which we’ll never see in Gulf Shores. That was the starting point for how much tuition do we charge.’’
Out of district students enrolling in Gulf Shores Schools this coming August will be given priority in future years, if space is available.