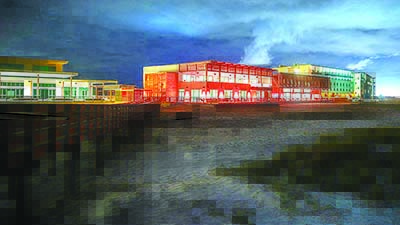 Gulf State Park wins prestigious travel award for being “international showcase for environment”
Gulf Shores’ Gulf State Park is one of four recipients worldwide of the 2020 Phoenix Award from the Society of American Travel Writers. The park was described as “an international showcase for environmental and economic sustainability as it demonstrates best practices for outdoor recreation, education and hospitable accommodations.”
The award is given annually to destinations that showcase responsible, sustainable tourism, including conservation, preservation, beautification and anti-pollution efforts and was first awarded in 1969.
The to the 6,500-acre Gulf State Park was honored alongside sites in Jalisco State, Mexico; Yangzhou City, Jiangsu Province, China; and Greenville, South Carolina.
Improvements to Gulf State Park were included in Phase III Early Restoration and the Alabama Trustee Implementation Group’s first restoration plan following the BP oil spill.
Collectively, along with the rebuilding of the Gulf State Park Lodge and Conference Center, these projects added:
• 50 acres of dune restoration.
• An interpretive center carrying a LEED Platinum certification.
• A research and education center.
• Five miles of trails.
• Numerous public access amenities.
The success of the sustainability of these project elements was showcased recently in the aftermath of Hurricane Sally. The restored dunes served to protect both habitat and man-made structures (including the lodge) from any significant damage from the hurricane.
In addition, the lodge is certified under the Fortified Commercial resiliency program for its design and ability to withstand adverse coastal conditions. It emerged from the storm with only a few minor areas of cosmetic damage.
GSP also holds the Leadership in Energy and Environmental Design Gold and Platinum certifications. Its use of the most up-to-date technology in amber LED lighting for the protection of nesting and hatchling sea turtles was also noted.