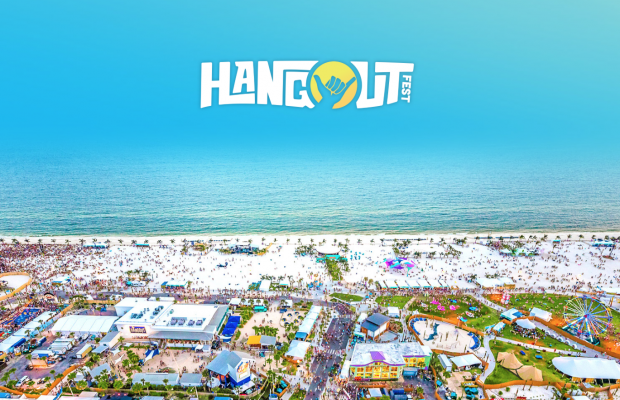 Thursday, May 16: Kick-off Party (Tickets $55)
Get the jump start on your Hangout weekend at the Thursday Kickoff Party featuring Big Gigantic, A Boogie Wit Da Hoodie, Camelphat and SNBRN. Gates open at 6 p.m.

General Admission & VIP Tickets Remain
As of May 6, there were still ($319) general admission and ($1099) VIP tickets available. VIP tickets include admission to the Thursday kick-off party.

Shuttle Passes
As of May 6, $50 shuttle passes were still available. But they almost always sell out. The buses run continuously each day from 11 a.m. to 30 minutes after the last act. There are four different park & ride routes, including The Beach Club on Ft. Morgan.