Happy Birthday Zen Merritt (And Thanks!) 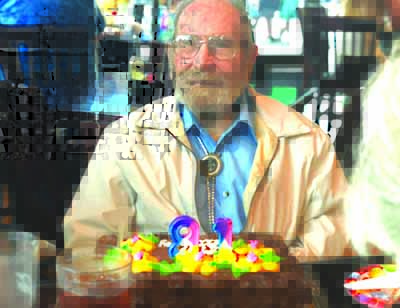 Happy Birthday Zen Merritt (And Thanks!)

Zen Merritt, a World War II and Korean War veteran, recently celebrated a milestone 91st birthday with family and friends in Orange Beach. Born on Aug. 14, 1927 in Star Valley, WY, Zenith Samuel Merritt was a submariner on the USS Sea Fox and SS-402 during World War II. During the Korean War, the Navy vet served on the Beutel, a destroyer.
A graduate of the University of Wyoming, Zen earned a masters degree in petroleum geology. He and his wife Dinah currently live at the home of their daughter, Cindy Conrad, in Orange Beach. Zen’s other children include Clay Conrad of
Foley, Dennis Merritt of Chicago and Aline Merritt Myatt of Ohio.
Thanks Ole Vet! We are glad you are here in Orange Beach and looking good!