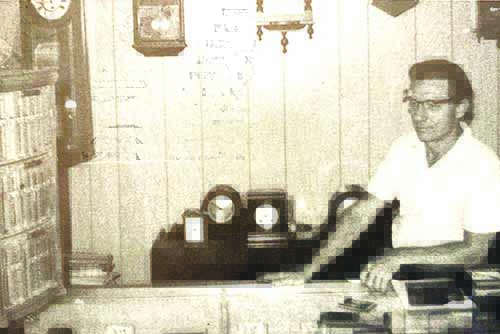 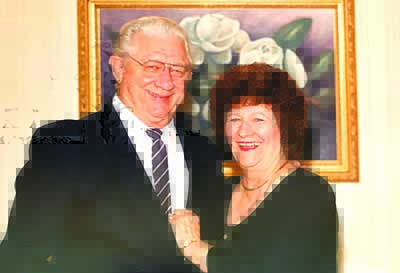 Harry Manning, one of Foley’s first business leaders, passes
Harry Manning, who became part of the Foley community in 1949 when he and his wife Rose moved from Jennings, Louisiana, where they met, passed away on June 2 at the age of 96.
“He died peacefully in his home with his family by his side,’’ said Glenn Manning, one of his three sons. “They founded Manning Jewelry and a wonderful life followed.’’
Glenn Manning continues the tradition his father started at Manning Jewelry in a building that includes an expansive showroom and a jewelry repair/custom manufacturing facility.
“I remember him telling me the story of driving through Foley and saying to my mother ‘this is a nice town, I think this is where we want to live.’ He loved this community and all the wonderful people that make it up,’’ Glenn Manning said.
“He was a registered watch maker, and he always told me how much he loved fixing watches, which he did for over 65 years. He was a devoted father of five children and a kind and generous man,’’ manning added.
“He will be deeply missed by his family, and all those that he worked with and touched in this community over the last 70 years.’’
Harry is survived by his wife of 70 years, Rose Manning, three sons, two daughters, two sisters, seven grandchildren and five great-grandchildren.