Innerarity’s McNatt will be part of PBS Country documentary 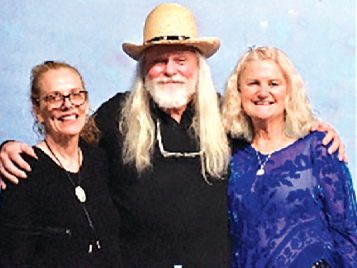 Innerarity’s McNatt will be part of PBS Country documentary

Innerarity Point based entertainer/songwriter Don McNatt will be featured on a Bank of America commercial that preceeds the Sept. 15 broadcast of the new Ken Burns Documentary, Country
Music on PBS. The 16 hour television special will run over eight nights, and McNatt’s commercial spot is expected to air at the beginning and end of each of the first four episodes.
Then on Dec. 5, after Don and his wife Karen play during the Gulf Coast based Frank Brown International Songwriters Festival, the duo will be featured on WUWF Radio Live, where they will be joined by recent Bakersfield Musicians Hall of Fame inductee and fellow Innerarity Point resident Augie Savage.
Going by the name MACS, the trio (pictured) will play songs written by Don and Karen. Savage also plays locally with The Beachbillies as well as with John Joiner & Friends, and the MACS