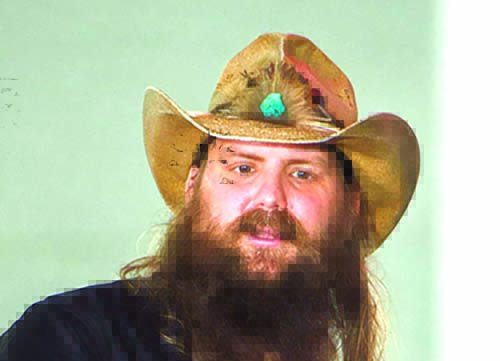 The second of Jason Aldean’s back-to-back concerts at The Wharf (originally scheduled Aug. 28) has been postponed until Ocy/ 31 due to Hurricane Ida and a tropical storm warning issued for Orange Beach on the original date. All tickets for the Aug. 28 show will be honored on Oct. 31.
Other ucoming shows include Whiskey Myers September 8 & 9 at The Port; Chris Stapleton with The Marcus King Band & Yola on September 18 and Brooks and Dunn Oct. 9 at 7 p.m. The Jimmy Buffett concert on Sept. 19 at The Wharf was cancelled until next year due to the Buffett camp’s COVID concerns. Concert tickets are available online at Ticketmaster.com, by phone at 800-745-3000 or at the Wharf Amphitheater Box Office from 10 a.m. – 4 p.m. weekdays and from 10 a.m. ‘til showtims on concert days.
Pictured: Chris Stapleton wrote multiple hits for other stars before stepping into the limelight himself with his smash debut album, ‘Traveller,’ in 2015. The Kentucky native followed that up with 2017’s From a Room: Volume 1, which won the CMA award for Album of the Year. In November 2017, he released From a Room: Volume 2.
“I always thought that George Strait was singing a song, he made it up, and that was the end of it. But the instant I found out that that could be a job, I thought, ‘That’s the job for me,” he said in a 2016 interview.
Before that, he scored hits with George Strait (“Love’s Gonna Make It Alright”), Kenny Chesney (“Never Wanted Nothing More”), Luke Bryan (“Drink a Beer”), Thomas Rhett (“Crash and Burn”), Darius Rucker (“Come Back Song”), and Josh Turner (“Your Man”). Lee Ann Womack, Brad Paisley, Dierks Bentley and Tim McGraw have also all recorded his songs.
In 2011 Adele recorded “If It Hadn’t Been for Love” as a bonus track for her smash album, 21. And In the fall of 2015, Stapleton became the first artist to ever to win Album of the Year, Male Vocalist of the Year and New Artist of the Year at the CMA Awards, where he and Justin Timberlake performed a show-stealing duet of the George Jones classic, “Tennessee Whiskey” and Timberlake’s “Drink You Away.”
In 2016, the Grammy committee took notice, granting him four nominations and then two awards: Best Country Solo Performance and Traveller won Best Country Album. In 2018 he won three more Grammys for From a Room, Volume 1: including Best Country Album.