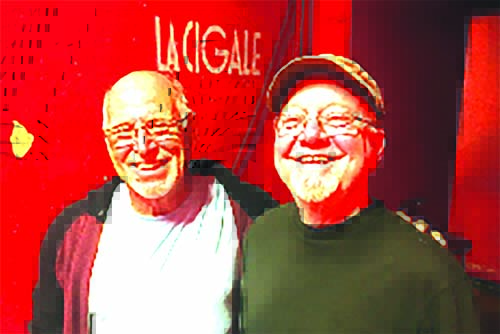 Jimmy Buffett includes Sept. 19 Wharf show on Flip Side tour
The Gulf Coast’s own Jimmy Buffett will bring his Life on the Flip Side tour to Orange Beach on September 19. Tickets ($49.75, $89.75 and $139.50 plus fees) are on sale through Ticketmaster with a limit of eight per customer.
The tour title refers to a collection of new songs Buffett released last year. The album, Buffett’s first studio record in seven years, debuted at No. 2 on the Billboard 200.
Buffett, Pascagoula born and Mobile raised (his sister Lulu owns a great restaurant in Gulf Shores), tapped fellow Mobilian Will Kimbrough for four co-writes among the 14 songs on “Life on the Flip Side.” Kimbrough also played guitar on the entire album.
Buffett met Kimbrough through mutual friend Todd Snider backstage at Tipitina’s, which led to his being invited to contribute “Piece of Work” and other songs to the album, “License to Chill.” Kimbrough played guitar in Buffett’s band during the CMA awards ceremony that year also before 35,000 people at the 2010 Buffett concert at Gulf Shores Public Beach sponsored by BP Oil.
Buffett has been regaling audiences for over five decades with songs about the faces and places he’s seen during his journey along the road less travelled.
With Hemingway’s eye for detail and Mark Twain’s inclination for mischievous humor, his music tells the stories of hustlers, beach bums and pirates he has encountered while traaveling to all corners of the world.
Born on Christmas day 1946, Buffett saw the Gulf of Mexico as a doorway to a world of adventure, with the characters he heard about in his grandfather’s stories were waiting to be discovered.
The siren call of exotic ports was in contrast to his days as a parochial school student and an altar boy in Mobile. It took only a guitar, which, of course, he started playing to meet girls, to take him off course from the life his parents had imagined for him.
After honing his skills playing frat parties at Southern Miss and Auburn, happy hours at Admiral Semmes Hotel and busking on Bourbon Street, Jimmy headed to Nashville to work for Billboard and try his luck as a folk-country singer.
The themes of escapism and an unbridled curiosity were evident on his first record, “Down To Earth,” released in 1970. But it was a fateful trip to Key West with Jerry Jeff Walker in 1971 that inspired him to merge his musicality and wanderlust into stories about the wanderers, adventurers, smugglers, con artists and free-spirits who inhabited Key West back then. The city was filled with characters who simply couldn’t run any further south in the mainland United States. Thrown into the midst of this eclectic mix, Buffett found his true voice as a songwriter.
His first hit was “Come Monday” from “Living and Dying in ¾ Time.”
Then in 1977 came “Margaritaville,” a 22 week mainstay on the Billboard chart that inspired a business empire, which now includes 27 studio albums, New York Times bestselling books, a Broadway play, Grammy nominations, namesake casinos and hotels and CMA awards.
Buffett is credited with inventing trop-rock, a genre that incorporates elements of rock, reggae, country, caribbean, calypso and zydeco – sometimes in the same song. And it’s still the music that inspires him and the horde of Parrotheads that will turn the Wharf parking lot into a huge pre-concert beach party.
Pictured: Brent Burns, a nationally recognized trop rocker himself and a 50 year Gulf Shores resident, visited Jimmy before Buffett’s 2018 run of shows (a Parrothead mecca) at La Cigale, a historic 1,000 seat venue in Paris.