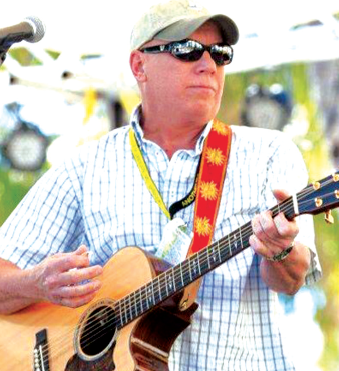 Jimmy Maraventano will be playing his own brand of troprock at Sassy Bass Tiki Bar (5160 Ft. Morgan Rd.) on Fort Morgan on Aug. 16 at 6 p.m.
Maraventano’s first paid gig was in the Catskills playing after dinner sing-a-longs. Marriage and children put his musical career on the back burner for about 10 years. In 1999, he learned a few Jimmy Buffett tunes and eventually found his nitch as a parrothead band. Jimmy and the Parrots have performed all over the US as well as St. Kitts, Nevis, Grand Turk, Jamaica, the Bahamas, and the Dominican Republic. In 2012 and 2014,, they were named Trop Rock Music Assn. Entertainers of the Year. But Jimmy performs all types of music, from Jimmy Buffett to the Beatles, his sets also include some original tunes thrown in.