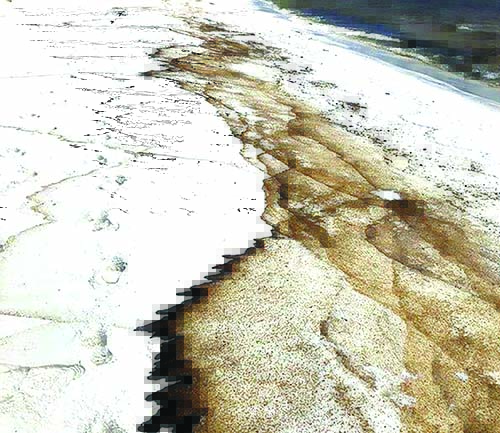 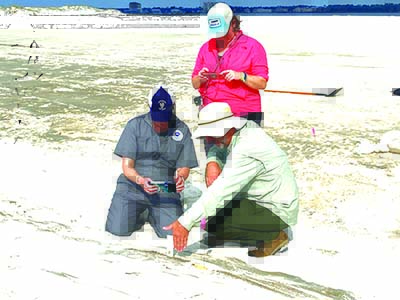 Contrary to an initial published report, oil discovered on Johnson Beach following Hurricane Sally impacted only a half mile area (not five miles) with what turned out to be “very old, weathered oil.’’
The oil was not in the direct beach mice habitat and was not sticky or tacky, according to a press release posted on Pensacola and Perdido Bays Estuary Program’s Facebook page.
The oil is adjacent to National Park Service designated critical habitat for beach mice and sea turtle nesting areas.
Crews from the U.S. Coast Guard, NOAA, Florida Department of Environmental Protection (FDEP), NPS biologists, and contractors from E3 Environmental cleaned up weathered oil manually from the surface with shovels. And NPS biologists were on site, monitoring the cleanup, which was postponed until Hurricane Delta moved out of the area. Officials are waiting for an oil sample to be processed to identify the source, but are certain the oil is weathered.