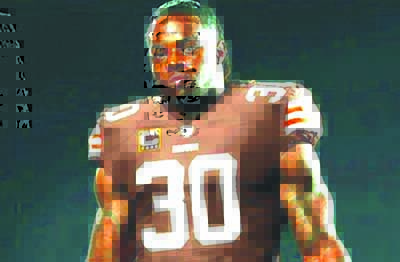 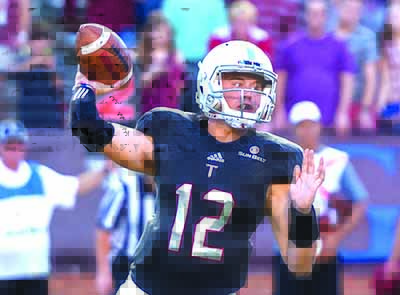 July 7 OBSA Football Camp coaches include locals Brandon Silvers, Trent Richardson
The July 7 Orange Beach Sports Association Youth Football Camp will include local coaches from both sides of the state line, as Brandon Silvers, a Gulf Shores High School grad, and Escambia High School alum Trent Richardson have both signed on as coaches.
The camp wil be held from 9 a.m. to 1 p.m. at the Orange Beach Sportsplex and is open to children ages 8 to 14 years old. The pre-registration cost is $35 per child. On camp day, the cost is $50 per child. Registration includes a T-shirt and lunch with the instructors, which also include Gulf Shores High School coach Matt Blake and his staff, former Alabama and NFL player Bobby Humphrey, former Auburn player Reese Dismukes and his brother Mark, who played collegiately at Arkansas and UAB, and former Alabama and current NFL player Marion Humphrey. Register at the Orange Beach Recreation Center. For more information, contact Matt Fetner at 251-213-6934 or email matt.fetner @bryantbank.com.
Brandon Silvers (top)
Silvers, an Orange Beach native, was a four year starter and record setting quarterback at Troy University with career highlights that include leading Troy to to the program’s biggest victory, a 24-21 win against LSU in Baton Rouge on September 30, 2017.
Silvers also ended his college career in Louisiana in fine fashion, throwing for four touchdown passes and rushing for another to help his team beat North Texas 50-30 in the New Orleans Bowl. His 196.2 pass efficiency in that game earned him the MVP award.
He scored an off-the-charts 223.7 pass efficiency score in his final home game, a 62-9 win over Texas State in leading Troy to its best record ever.
Silvers threw for 10,684 yards and 71 touchdowns in his career. He averaged an interception once every 51.9 pass attempts and ranked 15th nationally with one interception every 63.3 pass attempts as a senior in 2017.
His 87 total touchdowns — 71 passing and 16 rushing — broke a school record set by his predecessor, Corey Robinson. His 10,684 career passing yards also rank only behind Robinson in school history.
Trent Richardson (below)
Richardson was listed as the no. 2 running back in the nation after his record setting 2008 season at Escambia High, the same high school that produced Emmett Smith. He was named 5A Florida Player of the Year and was a finalist for the 2008 Mr. Football award.
One of his many highlights at Alabama was the 2011 Iron Bowl, where he ran for a new career record 203 yards. He was the first Tide player to win the Doak Walker Award and finished third in the Heisman voting.
In the 2012 BCS National Championship, Richardson rushed for 96 yards and a touchdown to secure his second national championship wit