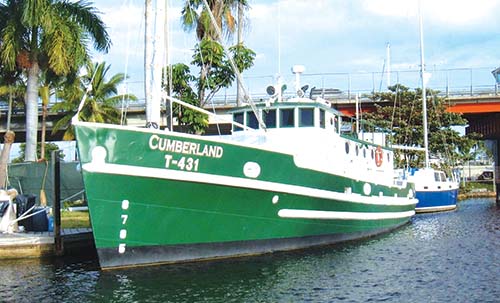 Lambert family lived on historic ‘53 T-boat for the past 15 years
Editor’s Note: Any readers that have access to a means of pulling The Cumberland from the bottom of the Intracoastal, please contact the Mullet Wrapper (info at top of page).