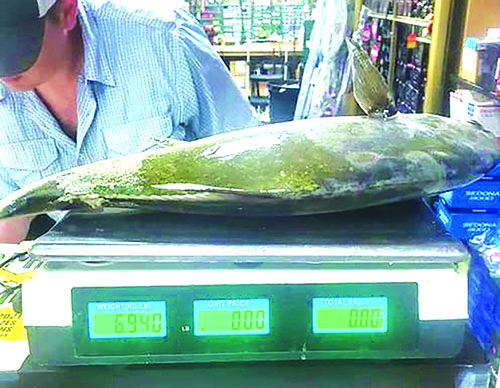 (Pictured) Robert Thornton with his personal best pompano (3.35 pounds) and Linda and Jack Goodwin with their first pompano. All were caught from Gulf State Park Pier. (Below-Full Story On Page 48) On Sunday April 18, Jason Mote caught a 24.5 inch pompano that certainly threatens Trish Cluck’s record caught from the GSP Pier 11 years ago. For sure, he is currently leading the Sam’s B&T ‘Pomp Stomp” at 6.940 pounds.