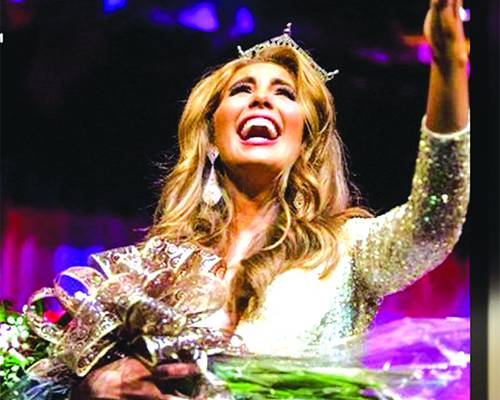 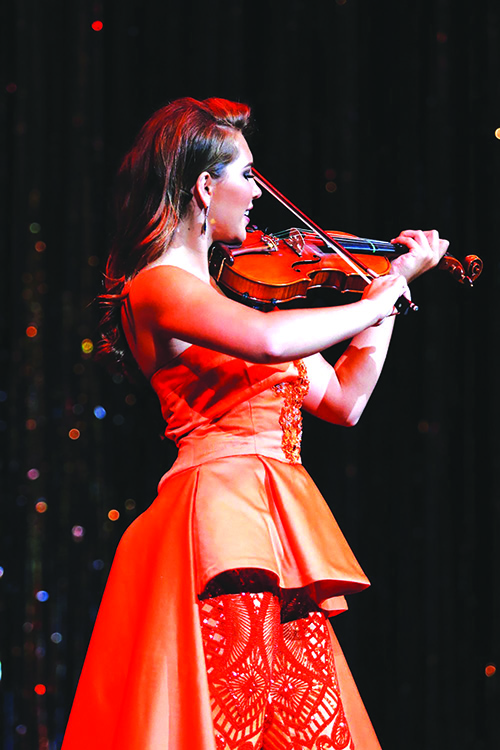 By Fran Thompson
Lauren Bradford, a resident of Gulf Shores since she was six months old, is the new Miss Alabama, having been crowned June 12 at the historic Alabama Theatre in Birmingham.
Competing as Miss Jefferson County, the 2018 Gulf Shores High School grad topped 38 other talented contestants to win the title and the responsibilities that come with it.
As Miss Alabama, Bradford will make public appearances, do charity work, and speak to community and student groups.
Her Miss Alabama social impact initiative is UNPLUG: The Digital Diet Plan, which she created when she was 15 to “encourage and educate others about the overuse of technology and what it does to our relationships and mental health.”
She said she looks forward to carrying out her duties as Miss Alabama with respect and dignity.
“This is something the Lord has put in my heart to do. For my plans to line up with this was a very surreal moment,’’ she said.
Bradford will also represent her state at the 100th Miss America competition this December at the Mohegan Sun Casino in Connecticut.
“I’m still very much in shock. I’m so excited to start representing Alabama,” she said.
Bradford, an Auburn grad, is currently earning a masters in finance at Vanderbilt.
She performed a violin solo to “My Heart Will Go On” from the 1997 movie Titanic during the talent program. She’s been playing the instrument since she was six, and was first chair of the Eastern Shore Symphony Orchestra and first violinist of the Baldwin County Youth Orchestra while at GSHS.
Bradford earned the top score in the evening wear competition and obviously wowed the judges during the on-stage interview/social impact and private interview segments in Birmingham.
This event was the 100th Miss Alabama Pageant and the first one since 2019.
Although she was Miss GSHS as a freshman, Bradford was a self described tomboy growing up, and did not decide to give beauty pageant participation a try until she competed in and won the Miss Alabama Outstanding Teen competition in 2017. She also played violin during the talent portion of that competition (“Orange Blossom Special”).
In recognition of that, her hometown Chamber of Commerce made her one of only six ever to be awarded a Certificate of Recognition / Key to the City for Gulf Shores and Orange Beach.
She was also recipient of the Community Service Award at the 2017 Miss Alabama’s Outstanding Teen Pageant for her work with her UNPLUG platform.
Through her research, she found the daily average use of technology is eight hours and 40 minutes, which led her to found UNPLUG.
“I’m really passionate about that, especially when I see people in restaurants looking at their phones and not even communicating,” Bradford said. “I began to do a lot of research and see the correlation is has with health issues and anxiety and depression.”
She was recognized for work with this educational campaign in March 2020 with a proclamation read in front of the U.S. Congress and was also honored when Governor Kay Ivey proclaimed Feb 17 “UNPLUG Day.”
Bradford was also named Miss Auburn University 2019. As such, she competed in the 2019 Miss Alabama Contest and placed third runner-up.
Bradford graduated from Gulf Shores ranked first in her class with a 4.35 weighted GPA and a 34 ACT score, earning straight A’s throughout high school while taking advanced placement classes.
At GSHS, she was an officer in the National Honor Society and was awarded Highest GPA and Most Distinguished Cadet in the school’s NJROTC program.
Bradford was also founder and president of Alpha & Omega faith based Club, served as GSHS representative of the Coastal Alabama Business Chamber and was president of The Health Science Club for Future Healthcare Professionals.
She was on the Dolphin tennis and cross country team and also volunteered at The Haven and the Holy Spirit Thrift Shop.
She was an ambassador for Children’s Miracle Network and a member of the Youth Leadership Team at Gulf Shores United Methodist Church.
Her jobs while growing up on Pleasure Isle included time serving customers at the Peninsula Golf and Racquet Club.
At Auburn, Bradford was in the school’s selective investment banking club and the Omicron Delta Kappa National Leadership Honor Society. She was president of the Lambda Sigma Honor Society and earned an incredible 3.9 cumulative GPA.
In addition, she was on the president’s list and earned the Spirit of Auburn Presidential Scholarship at Auburn among numerous other scholarships and professional honors.
Needless to say, her family, her friends and the entire City of Gulf Shores are all very proud of her.
Pictured: (Above) Gulf Shores’ own Lauren Bradford was named Miss Alabama on June 12 and will compete this fall in the Miss American pageant; (cover photo) Bradford is crowned Miss Alabama 2021 by Tiara Pennington, Miss Alabama 2019-2020. (Pennington kept her title for an extra year because the 2020 pageant was canceled during the coronavirus pandemic.)