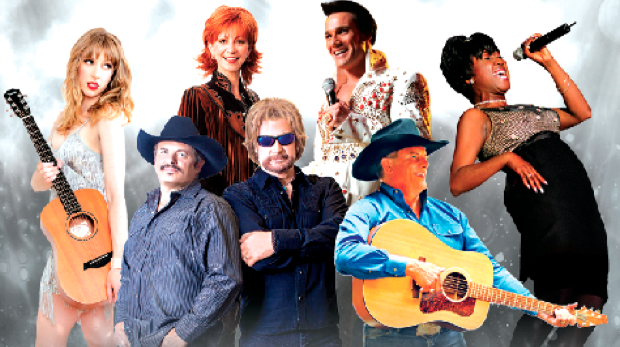 Legends in Concert welcomes new fall lineup at OWA
Las Vegas’ longest running tribute show welcomes fresh acts to its newest theater in Foley, Alabama. Legends in Concert opened its doors at OWA in June to be met with excitement and enthusiastic crowds at its shows six nights a week. As the summer acts head out, the fall lineup of performers are already performing
“With the lineup changing throughout the year, it’s exciting to know that you will never see the same show twice,” said Kristin Hellmich, OWA’s Director of Marketing/PR. “The performances and acts are so unique each time, there’s always a reason to come back and enjoy Legends in Concert year-round.”
Denita Asbury pays her “Respect” to the late, great Aretha Franklin with her amazing tribute to the Queen of Soul, while Trent Carlini thrills audiences as The King himself: Elvis Presley. Doug Brewin and Larry Turner take the stage as country music’s most iconic duo: Brooks and Dunn. Then Turner reignites the stage for a second time each evening with the greatest hits from George Strait.
Back by popular demand, Corrie Sachs returns as Reba, lighting up the stage with her fiery personality—and hair! Try to calm down, because the final addition to the fall lineup is none other than Taylor Swift, portrayed by the equally iconic Tina Dawn.
“Changing the line-up several times a year has been one of the secrets to our success around the country, and has certainly contributed to the longevity of the show,” said Brian Brigner, Chief Operating Officer of Legends in Concert. “We are thrilled to unveil the Fall line-up, many of the acts requested by the fans that have already visited the theater at OWA this summer.”
Legends in Concert continues to celebrate the world’s most famous and influential icons, many gone too soon, giving audiences an extraordinary chance to experience the most captivating music, fashion and memories of these true legends live on one stage.
Tickets for Legends in Concert at OWA start at $17.95, with preferred, mezzanine and group rates available. Shows are 6 nights a week at 7:30pm with 4pm matinees on Saturday and Sunday in Downtown OWA (dark Mondays). For more information or to purchase tickets, ciair legendsinconcert.com/OWA.