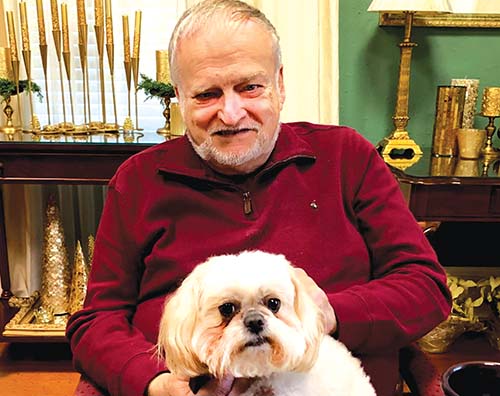 Ideawörks, a Pensacola advertising agency that the late Bill Stromquist worked with through his longtime affiliations with the Perdido Key Chamber of Commerce, recently unveiled the Little Free Library outside its office in Stromquist’s honor.
Perdido Key Chamber Executive Director Dana Pagador said at the request of Bill’s family, the Chamber, Pirates of the Lost Treasure, Friends of the State Parks, and Friends of the Southwest Branch Library, are collaborating to hold a celebration of life for Stromquist in Mid-July. Stromquist held prominent positions in all of those associations and was also on the Board of Directors for the Alabama Gulf Coast Zoo abd on the Escambia County Board of Adjustments.
Bill passed away April 26 at the age of 76. He is survived by his four children, nine grandchildren and six great-grandchildren.
Honorably discharged from the Navy after 30 years of service, Bill called Perdido Key home for over 30 years, where he was a well known and well regarded community activist.
One of his biggest joys was being president of PLT’s Secret Santa since its inception in 1992.
Bill’s obituary described him beautifully: “Bill’s heart for children, animals, Perdido Key and the community were evident in the passionate way he lived his life and the legacy he left.’’