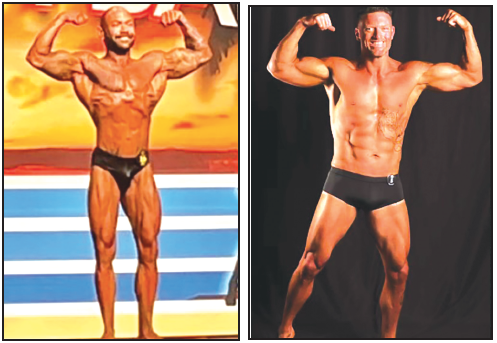 Local Body Builders Claim Titles
Congratulations to Lance Walker (left) for winning the 2021 Mr Orange Beach Championship. He also placed first in the Classic Physique Masters Division and the Open Bodybuilding Middleweight Division at the NPC show held last weekend at the Wharf. Congratulations to Jason Sweetman (right) for competing at the recent OCB Battle at the Beach on October 16. It was Jason’s first show, and he placed second in the Classic Physique Division in both the Debut and Masters classes. Both Lance and Jason work out at the Fitness Factory of Gulf Shores where they are personal trainers.