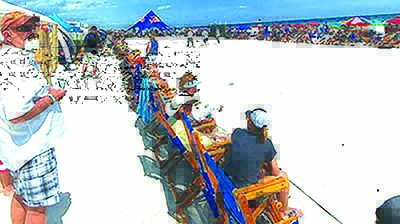 The Flora-Bama Mullet Toss has been postponed until later this year. But events associated with the Gulf Coast’s Greatest Beach Party – The Mullet Man Triathlon and Mullet Classic Golf Tourney – will not be held. Along with the Toss, those events raise more than $25,000 for local schools, sports associations and charities every year. It is the main fundraiser for the Pirates of Lost Treasure Mardi Gras krewe’s Secret Santa fund.