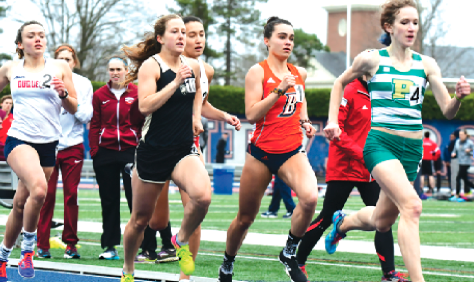 NAIA Men’s & Women’s Track Championships in Gulf Shores May 23-25
The National Association of Intercollegiate Athletics Men’s and Women’s Outdoor Track and Field National Championships will be held on May 23-25 at the Mickey Miller Blackwell Stadium on County Rd. 6 in Gulf Shores. This is the sixth consecutive year the Alabama Gulf Coast Convention and Visitors Bureau has hosted the event. Tickets are $10 per day or $25 for a weekend pass.
Seventy-one events will take place over the three-day span. The national championships begin at 10 a.m. Thursday with the men’s decathlon (100-meters, Long Jump, Shot Put, High Jump, 400-meters). The women’s hammer throw. follows at 1 p.m., with the opening ceremonies scheduled for 2 p.m. on Thursday. The championships conclude with the awards ceremony on Saturday at approximately 6:50 p.m. The top eight athletes in each event and top eight relay teams will earn team points and achieve NAIA ASICS All-America status.
The men’s and women’s outdoor track and field championships will remain in Gulf Shores at least through 2021 at the Mickey Miller Blackwell Stadium at Gulf Shores, with The Gulf Shores and Orange Beach Sports Commission and the City of Gulf Shores co-hosting.
The new contract is set for two years with provisions for improvements to the stadium such as a relocated and expanded high jump and repairs to the pole vault and javelin runways.
The event had an economic impact of over $3 million in 2018, a $70,000 increase from 2017.
Southern (La.) won the women’s and Wiley (Texas) the men’s championship in 2018.
“Gulf Shores continues to upgrade its track facilities to provide a championship-caliber experience, benefiting student-athletes and spectators as well as our local students,’’ said Beth Gendler, vice president of sales for the Sports Commission.
Stretch Internet, the NAIA’s official video-streaming company, will be broadcasting the events on NAIANetwork.com.