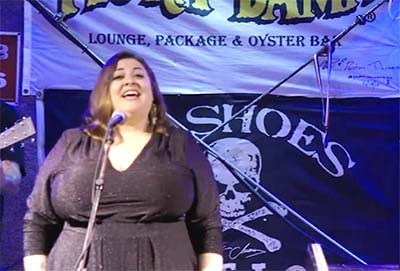 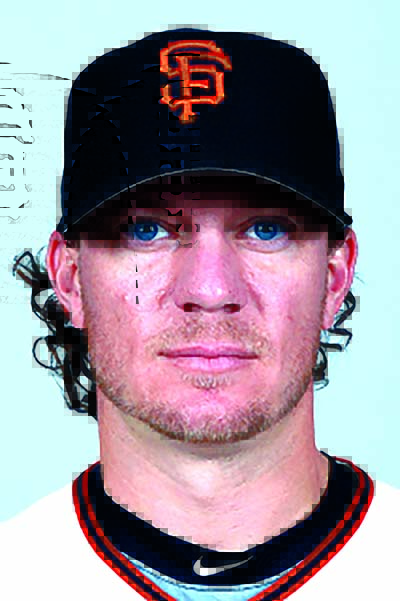 National Anthem goes out live on NASCAR from ‘Bama

Flora-Bama regulars watching the start of NACAR’s May 22 Xfinity Series Race on Fox TV had reason to do a double take during the National Athem.
Jennifer Hartswick performed the song beautifully live from the Flora-Bama dome stage. The rendition was also broadcast remotely on the big screen at the Circuit of The Americas road course in Austin.
Hartswick was accompanied on stage by the Gulf Coast’s most famous Deadhead, Jake Peavy, along with Ben Jernigan, Owen Finley and Chris Spies. Sponsors were Shure Audio and Pickers Vodka.
Also a trumeter, Hartswick (above) is an original member of the Trey Anastasio Band and has recorded and shared the stage with Herbie Hancock, Phish, Christian McBride, Tom Petty, Aaron Neville, Carlos Santana, The Rolling Stones, Big Gigantic and Dave Matthews.
A 15 years in the major leaguer, Paeavy (left) owns Dauphin Street Sound Recording Studio in his  Mobile hometown, Peavy won the World Series with Boston in 2013 and San Francisco in 2014. He won the Cy Young Award in 2007 and a Gold Glove in 2012. He is also heavily involved in his own Jake Peavy Foundation philanthropies.