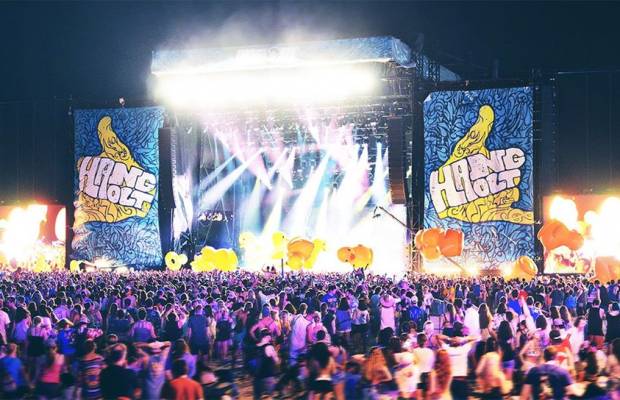 Next Hangout Fest is May 21-23, 2021
By Fran Thompson
Hangout Fest organizers vow to bring back as much of this year’s talent as possible when the cancelled Fest takes control of Gulf Shores Public Beach in 2021. The controversial fest, which is mostly unpopular among full time residents, has four years remaining on its current contract with the City of Gulf Shores. The city is on record as stating that it will not be responsible for expenses the fest incurs before securing its occupational permit in 2021.
Ticket holders for this year’s fest, which sold out in record time, were contacted by email and offered first dibs on 2021 tickets. Refunds are also available.
Through its public relations firm, the fest promised ticket holders that next year’s fest will be’“massive” and “the most epic, carefree, ‘let’s kick-off the summer right’ beach party.’’
The city collects a three percent tax on retail sales and short term rentals generated by the fest in return for closing Gulf Shores Public Beach to the public for just over two weeks.
Orange Beach’s official position is that The Hangout Fest causes way more damage to its brand as a family vacation destination than the bed tax windfall is worth.