O.B. Billfish Classic weigh-ins May 18-19 at The Wharf 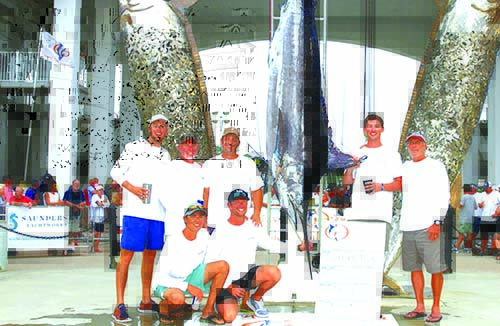 O.B. Billfish Classic weigh-ins May 18-19 at The Wharf

The 2018 Orange Beach Billfish Classic, the kick-off to the big game fishing tournament season along the Gulf Coast, will be held May 17-19 at The Wharf Marina in Orange Beach. The 20th annual event, which is also the first leg of the Gulf Coast Triple Crown Championship – five high-profile tournaments in the Gulf of Mexico. At stake for the top team in the Triple Crown is not only a custom six-foot marlin trophy but also the honor of being named the best billfishing team in the Gulf of Mexico for the year.
Fishing commences on Thursday, May 17 at noon,and weigh-ins under the billfish at Marlin Circle will be held from 7-10 p.m. on May 18 and 6-10 p.m. on May 19. The tourney’s awards breakfast will be held on Sunday. The Orange Beach Billfish Classic is the single largest tournament donor annually to The Billfish Foundation. For tournament information and updates visit orangebeachbillfishclassic.com and on Facebook.
Pictured: (Above) Lyon’s Pride, 2017 Tournament Champion with a 431.6 Pound Blue Marlin; (below) the 2017 awards breakfast.