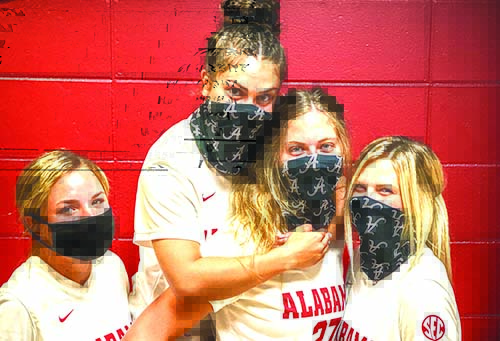 Orange Beach will host SEC Women’s Soccer Championship
All 14 teams will compete in Nov. 13-22 tourney at O.B. Sportsplex
The 2020 SEC women’s soccer season will consist of an eight-match, Conference-only regular season over eight weeks of competition beginning September 18, followed by the SEC Championship November 13-22 in Orange Beach. All 14 schools will compete in the SEC Championship with each team guaranteed at least two matches. The recently established new start dates and formats for fall sports seasons, as it continues to monitor developments related to COVID-19.
SEC soccer and volleyball teams will participate in spring competition as well, with details of formats contingent on final decisions by the NCAA to conduct spring championships in those sports. Student-athletes in all sports who elect to not participate in intercollegiate athletics during the fall 2020 academic semester because of health and/or safety concerns related to COVID-19 will continue to have their scholarships honored by their university and will remain in good standing with their team.
“Here we go. Sept. 18th start. Eight single game weekends. Orange Beach 14-team SEC Tournament. Been working hard but now it’s time to prepare,’’ said Darren Ambrose, Vanderbilt Women’s head soccer coach. “Thank you to our administrators and medical staff who have crafted protocols and health and safety processes to give us the best and safest environment in which to compete this fall.”
The SEC features NCAA Division I women’s soccer only, with the following programs in the East Division: Vanderbilt, South Carolina, Tennessee, Florida, Georgia, Kentucky and Missouri. The SEC’s West Division includes: Arkansas, Texas A&M, Alabama, Ole Miss, Auburn, Mississippi State and LSU.
The championship tourney has been held at the OB Sportsplex since 2005. South Carolina is the defending tourney champion.
All tourney matches will be covered live coverage on the SEC Network, which will also air a studio show live from the Orange Beach Sportsplex before and after each match.
Pictured: Both Alabama and Auburn will be competing in the SEC Women’s Soccer Championship in Orange Beach this November.