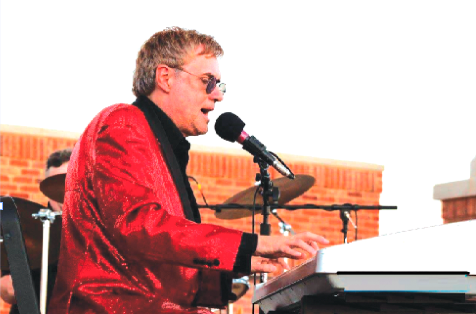 The Sertoma Club 4th of July Celebration in Pensacola will include the largest fireworks display on the Gulf Coast over Pensacola Bay on Thursday, July 4 at 9 p.m.
There will be free activities throughout the day, from 11 a.m .until 6 p.m. in Seville Square to include a Children’s Area with inflatables, rock climbing wall, pony rides, Character Meet & Greet, and face painting.
There will also be a variety of Arts and Crafts vendors, food vendors, and live entertainment on the Bayfront stage from the Not Quite Fab at 4:30. and Still Standing (A Tribute to Elton John) from 6:30pm to fireworks. Most food vendors will stay open until 9 pm.
A Hot Dog Eating Contest begins promptly at noon, and the Sparks & Stars performance from the Pensacola Symphony Orchestra at the Hunter Amphitheater in Vince Whibbs Community Maritime Park at 7:30 pm.
This orchestra concert will be broadcast on NewsRadio1620 / NewsRadio 92.3 and in Wahoos Stadium.
The festivities will culminate with an amazing fireworks show over Pensacola Bay at 9 pm, perfectly synchronized with music broadcast on CatCountry 98.7. Sertoma’s 4th of July Celebration Committee thanks the Escambia County Board of County Commissioners for its grant and City of Pensacola for important logistical support.
Pictured: Pensacola based Still Standing is advertised as The Southeast’s Ultimate Elton John Tribute Band and brings as many as five pieces for gigs at festivals, clubs, weddings and parties.