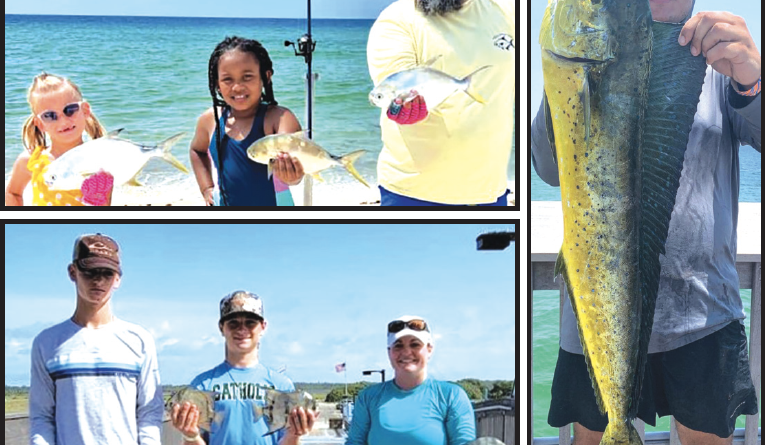 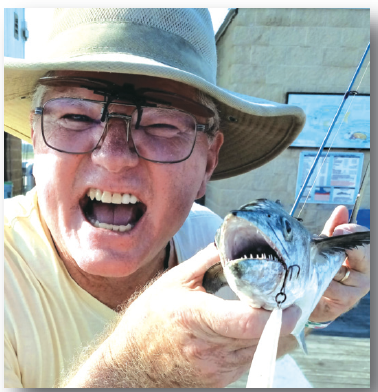 As we move through early June in this fortnight, air and water temperatures will tend to feel more ‘summer like’ almost daily. The increasing length of day light hours and high sun angle in the sky lend to extreme heating.
That may lead to hot and dry weather, but more often it is going to be hot and humid. When that occurs we generally have light wind flow and the diurnal heating cycle may fire off early morning thundershowers along or just off the coast. Later in the day, after the air over the land heats up, those thundershowers may reform inland, pushed northward by the seabreeze.
June is also the official beginning of hurricane season. And though early season storms are relatively rare, they may occur. But let’s hope not! Though even distant passing storms, tropical waves or decaying fronts can spark periods of unsettled weather. That may stir up the Gulf and interfere with fishing, especially when onshore winds push in more Sargassum grass. Ugh, we have seen enough of that already!
Whenever our weather pattern is fairly stable for a few days, the Gulf usually gets calm and clear enough to lend to some fine fishing. A diverse number of species are available to shorebound anglers now, and numbers of both seem to grow daily. The 80+ degree waters of the surfzone are host to many bait fish (like Scaled and False herring locally called “LYs”) grouped up to spawn as the full moon approaches on the 14th. In turn, these are pursued by a plethora of medium and large sized gamefish species. Many of those are nearing their spawn too, like the mackerels and jacks. But you never know what might show up in these near tropical waters. Recently an offshore pelagic 9.6 pound mahi (dolphinfish) was landed by Landon Jones from the Gulf State Park Pier. It ate a live herring (“LY”) usually intended for mackerel. Other news about the pier is that applications have been forwarded to FEMA to help with the higher than expected costs of repair ($12.5 million). That, plus the voter approval of the Amendment to use bonds for the Alabama DCNR could help fund the long awaited repairs. Let us hope so.
While spanish and king mackerel make up the majority of angling effort on the pier, by-catch species like ladyfish (skipjack) and blue runner (hardtails) make up the bulk of the catch. Nothing is wrong with them as far as the entertainment they provide, but these are not usually the most popular species for eating. Bleeding your catch, especially during the hotter months, will lend to these fish being even more palatable. Blood in the fillets is the leading cause of bacterial contamination, along with heat which drives the rate of bacterial growth and spoilage. Trimming away the fatty ‘red meat’ in your fish helps too. Especially when you intend to freeze it or keep it refrigerated for a while. Handling any food fish in this manner will not only make it more palatable, but keep it fresher longer.
Spadefish is another species currently in seasonal abundance, and spawning. They can be readily caught from the Gulf State Park Pier or close to any other ‘hard’ structure like wrecks, rocks, seawalls, or piling. They do have a small mouth (½ to 1 inch) relative to their overall size (½ to 2 pounds), though they may reach twice that size even around the pier. So it is a good idea to use medium class tackle (6 to 12 pound line), but scale down your terminal tackle presentation to ensure more hookups. Simply tie a number 6 to number 10 sized J-hook directly onto your line, and add one to three splitshots to allow a slow sinking presentation. Spadefish feed on small suspended invertebrates and free-swimming fry of other fish, but they relish nibbling on jellyfish too.
Some of the best baits are fingernail-sized pieces of shrimp, squid, or Fishbites (pink is a favorite color) which mimic their natural prey items. They are spirited fighters even when small, and good eating. While most often filleted, breaded, and deep fried, or just pan-sauteed, spadefish may also be baked or grilled whole.
Pompano may still be found in the surf between attacks of Sargassum grass, but in waning numbers. Try double drop “Pompano Rigs” with pieces of fresh shrimp and Fishbites. Sometimes they are outside the sandbar, especially on a falling tide in the afternoon. Speckled trout are still spawning (and biting) in the surf this month in good numbers. They respond well to topwater lures in the early morning, as well as sinking twitch baits like MirrOlures throughout the day. They can even be caught on spoons or soft plastic minnow imitations on lead jigheads. Trout are even more often pursued with live baits like shrimp or small fin fish (croakers, pogies, mullet, and LYs). Speckled trout are THE most popular inshore gamefish, followed closely by redfish which are quite often a by-catch. Other species encountered while pursuing trout often include ladyfish, blue runner, and bluefish and occasionally “bull” redfish or large jack crevalle. These ‘brutes’ may be a bit too tough to land on medium class spinning tackle ordinarily used to target specks, but it is fun while it lasts ;-).
Pictured: Landon Jones caught this fine Mahi on a live LY from the Gulf State Park Pier. Pompano cooperated from the beach for Salty McCrory and these two young ladies using shrimp and Fishbites on a Salty Pompano Rig. The Woods family had fun on the Gulf State park pier, and brought home a mess of nice spadefish for dinner. (Ellis Cattan photo