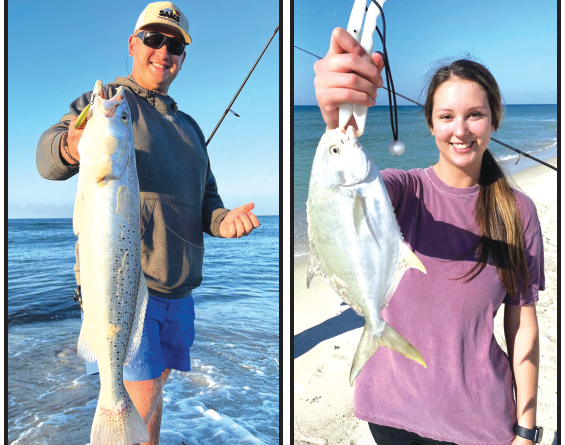 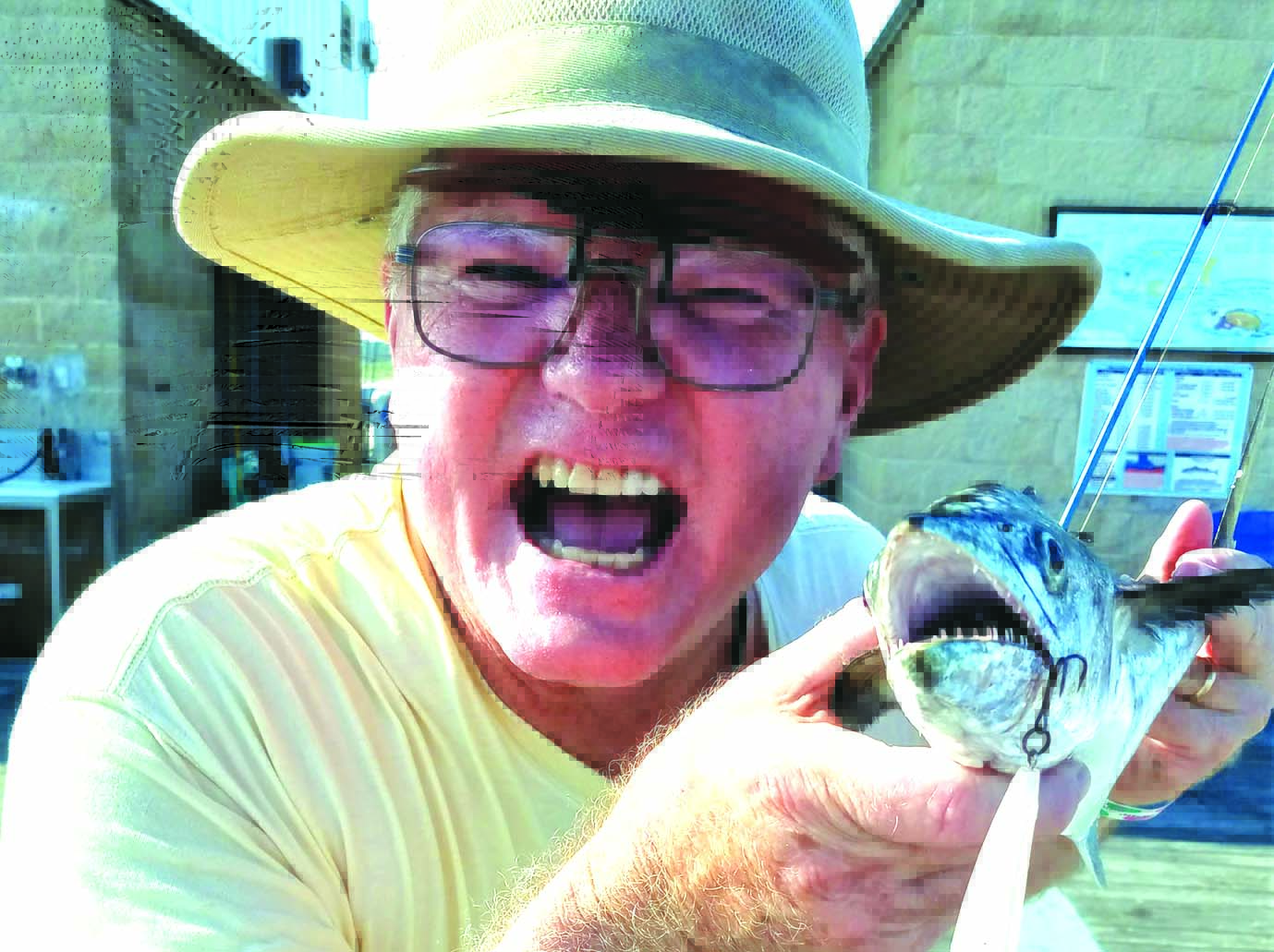 So we had our two weeks of spring weather, and it seems we are heading into summer already. LOL!
Warming air and water temperatures along with the recent return of scattered thundershowers have made it feel more like early summer than mid-spring lately. Also the Sargassum invasion the first week of May caught a lot of anglers and beach goers off guard. But the fish did not seem to mind because the Gulf water has warmed above 80 degrees. Speckled trout and ladyfish are now active in the surf zone along with a decreasing number of pompano. Meanwhile spanish mackerel and jack crevelle are tempting anglers on the Gulf State Park Pier. Maybe improved fishing on the pier will lessen the blow anglers felt over the news release that repair costs for the pier ($12 million) are double the estimates. So officials stated repairs will not begin any time soon on the damaged pilings or replace the 210 foot wide breach left from Hurricane “Sally” in September 2020. “Maybe next year” is the sad reality…
At least the calm, clear water and recent upswing in landings have distracted pier anglers. Some nice sized speckled trout and slot redfish are hanging around the pier regularly now. And flurries of pompano and spanish mackerel have garnered a lot of interest too. Live shrimp have been the best bait for these. Freeline the shrimp (on a small treblehook, with no weight, or just a splitshot or two) on light to medium tackle (6 to 12 pound class) to get the most action. Watch out for Blue runners though!
There have even been a few ‘blitzes’ of bull redfish and large jack crevelle pressing baitfish schools of Scaled and False herring (locally referred to as LYs) around the pier. Additionally, there have been a lot of ladyfish and many Blue runner landed there recently, with some nice sized bluefish mixed in.
Most anglers are fishing with the ever popular Bubble rigs and Gotcha plugs. But mackerel, jacks, and blues can be caught on the single white leadhead jigs too. And some really nice spanish mackerel have been landed using the #10 size Rapala X-raps. But you often have to muscle the fish away from ravenous hordes of 5 to 7 foot long Blacktip and Spinner sharks. So most anglers find it necessary to ‘over-tackle’ their fish with 20 pound class, medium heavy tackle, just to muscle their fish through the shark gauntlet. What a shame anglers are not allowed to land those great gamefish.
Shore anglers have had to contend more with intermittently thick patches of Sargassum grass since early May. That’s when prolonged southerly winds pushed gobs of the floating brown algae ashore for days. Consequently, high tides or rough surf may re-float some of the grass from the beach causing localized headaches for anglers and itching for swimmers. A small price to pay though, for a healthy beach ecosystem which needs the occasional influx of these organic nutrients to help maintain the dune grasses and stabilize the shoreline. Often anglers can avoid the grass altogether by scouting several beach venues to choose a clearer location. And the calm, clear water reveals the sandbar structure to better give fishermen an idea where the fish might be feeding. Look for deeper, darker colored water along the drop-off edge of sandbars within casting or wading distance from shore to target pompano or Speckled trout. Fish early and late in the day to avoid swimmers and mid day heat.
Walking the beaches along the Fort Morgan peninsula in the early morning while casting plugs, spoons and other lures is a great way to target Speckled trout. And you get plenty of exercise too, because it is not unusual to have to walk more than a mile to locate feeding trout. So travel light with just one or two casting rods rigged with your favorite lures. Plus have a couple of spares in case you loose a lure, or want to change one out. Topwater plugs are often effective from first light until sunup. Heddon Spooks and Spook Jr are old favorites. But others, like Rapala Skitterwalk are popular as well as effective to garner bites from specks in the calm or near-calm surf. These fish tend to retreat to deeper water as the sun gets higher. So switching to a sinking twitch bait will often keep you on the bite. It may take a lot of walking and casts, and getting wet up to your belly, but the results of multiple strikes and hookups with two to five pound seatrout are often well worth the effort this time of year. Fishing leadhead jigs with soft plastic grubs may work at times when the trout are sulking on the bottom in deeper water.
Pictured: A fat surfside speckled trout caught and released by Dusty Hayes. (Photo by Chris Vescey). Pompano are still available in the surf for Faith Caigle. (Photo by Jordan Gooding).