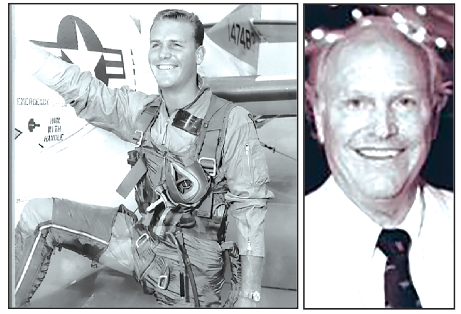 By Fran Thompson
I most often ran into John Baehr while listening to music in the main room at the Flora-Bama. We both preferred stools by the corner of the bar at the front end. It was long enough ago that I agreed with him that Lillian’s own Guthrie Trapp, even at 16 years old, was formidable enough on guitar to hold his own with the likes of John Joiner and Luther Wamble. Guthrie left for Nashville back in 2001.
“He was the nicest person and, like so many characters who spent time at the Flora-Bama, even when he knew he was dying, he would come in and listen to music and watch the people and hang around,’’ said Flora-Bama co-owner Joe Gilchrist. “I guess it’s partly to remember all the fun he had here when he was a kid and partly to savor what time he had left.’’
John loved shooting pool, listening and dancing to live music, and meeting friends at the Flora-Bama.
“He loved the Pink Pony as well. That was usually his second stop, followed by a bushwhacker at Tacky Jacks and then a drop in at Hub Stacy’s on his Sunday runs,’’ said John’s son JP.
It is no coincidence that all of those bistros feature live music on Sunday afternoons.
Friends and family, including JP and John’s other son, Lamar, and their families gathered at the Flora-Bama for a musical send-off for John on Nov. 7.
Two of his favorite Flora-Bama players, LeaAnne Creswell and Rick Whaley, played and shared stories about their friend. Creswell dedicated one of his favorite songs, Kenny Chesney’s ‘’You and Tequila,’’ to John.
“He would always say ‘glad you got to see me today’ when he left,’’ Whaley said.
According to his obituary, John was appointed to the U.S. Naval Academy by Barry Goldwater in 1958. He lettered with a gold star as captain of the tennis team while in Annapolis and played on Navy’s 1961 national champion squash team.
He received his wings in Pensacola and flew F8 Crusaders off the aircraft carrier USS Shangri La. He later returned to Pensacola as an instructor.
He also worked in real estate in his wife’s (Paula Black) hometown of Spartanburg, where he served as the mayor, chaired the National League of Cities Public Safety Committee and won multiple national tennis and squash titles.
He returned again to Pensacola in 1985 to fly again with the Navy as a civilian pilot trainer until his retirement.
John loved music and socializing, but more than anything, he loved hanging with his sons and visiting their families in Spartanburg for fishing, Panther football, and other adventures.