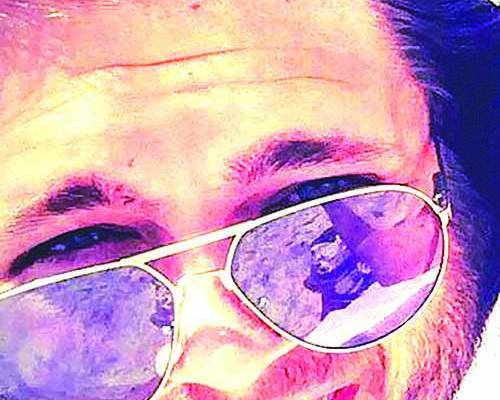 SBCT’s Magnolia or The House at the Head of the River debuts March 7 World premiere of play written & directed by Elberta native C. Stefan Morrisette

The South Baldwin Community Theatre will host the world premier of Magnolia or The House at the Head of the River on March 7 at 7:30 p.m., with additional performances scheduled March 8, 9, 15 & 16 at 7:30 p.m. and March 10 & 17 (Sunday) at 2:30 p.m. For ticket info, visit sbct.biz.
Written and directed by (pictured) C. Stefan Morrisette, the play’s protagonist is an elderly woman who returns to her childhood home in Magnolia Springs to celebrate her birthday under the watchful eye of her granddaughter.
The play is a look at the life of a Lower Alabama teen in the mid 1930’s.
Terrell Cowen, now in her 90’s (present day) is a frail, yet independent and sassy woman. When she sees that the house she once loved is now a rundown bed and breakfast, her past comes alive and she begins to relive all the highs and lows of her life and the time she spent at the house at the head of the river. She shares her stories of love, heart break, and all the lessons she learned along the way.
Magnolia’s playwright, C. Stefan Morrisette, AKA Chase, was raised in Elberta, where he spent most of his childhood using his imagination to create characters and write stories about them. From there he developed an interest in live theatre.
After graduating from Foley High School, Chase attended the American Musical and Dramatic Academy in New York, where he focused on musical theatre. He then added study in costume design, designing for Off-Broadway productions before going back to his first love, writing.
Inspired by a trip down the Magnolia River, and dramas from Fairhope’s own Fannie Flagg (Fried Green Tomatoes & The Devine Secrets of the Ya-Ya Sisterhood), Chase penned the first draft of Magnolia in 2010.
He has also collaborated on the indie musical, The Journey, which was performed in Boca Raton, Miami, the New Orleans Fringe Festival and was workshopped in New York. Chase is thrilled to be directing Magnolia at his home theatre.
He now resides in Fairhope with his husband, musician Devon Morrisette, and their dogs.